We had this for dinner a couple of nights ago. My wife hates to eat any kind of greasy meat so we are always looking for more low fat recipes then just having chicken or turkey chicken.

This recipe, which is modified from another one that my wife found in a book was fantastic with lots of taste and a really smooth texture, moist and not dry at all.

The recipe takes advantage of our crockpot which is nice but I get hungry just smelling the food around the house all day.

Originally this was a sandwich recipe but we had it over rice instead. 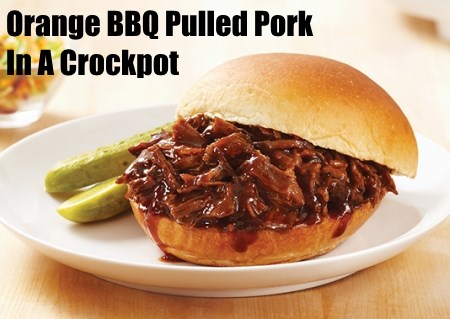 Remove meat from slow cooker; cut into small pieces or shred with fork. Return meat to slow cooker; stir until meat is evenly coated with the barbecue sauce mixture.

SUBSTITUTE: Switch up the flavor by using Bull’s-Eye BBQ Sauce instead of the Kraft Original BarBQ Sauce.