It is important for parents to be aware of the symptoms of diabetes in children. Over 90% of children with diabetes have type 1, which results from the auto immune destruction of the cells in the pancreas that produces insulin, the essential hormone that regulates blood glucose levels.

Type 1 has no connection with being over and can come on suddenly in otherwise healthy and active children.

How Does A Child Get Diabetes? 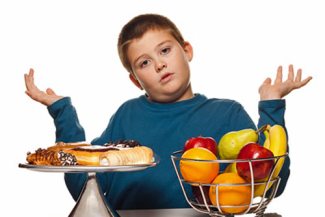 A tendency to develop childhood diabetes is thought to be inherited, but the disease is not triggered in everybody who carries the gene, so you may be unaware that this genetic factor exists in your family.

Of course if you know that there is diabetes in your family or your spouse’s family, then you should be particularly conscious of the symptoms of diabetes in children in relation to your own kids. But most of the children diagnosed with diabetes do not have any close family members who have the disease.

Childhood diabetes cases have been rising in the last few decades. This is partly because, as people in the western world grow heavier, obesity-related type 2 diabetes has been seen in children almost for the first time.

However, there has also been an increase in type 1. This may be due to the genetic component and the fact that people with type 1 diabetes are now surviving and having children, which was less likely in the past.

Or it could be that another factor has become more widespread, such as a virus that may trigger the disease in some children who already have a genetic predisposition.

The main symptoms of diabetes in children are the same as diabetic symptoms in adults. They usually develop over a few weeks and they include:

Children also often show some symptoms that are not so likely to appear in adults:

What to Do If You Think Your Child Is Diabetic

If you think that your child has some of these symptoms and may be diabetic, you should seek medical advice right away. Testing is very quick and simple. The health professional will take a small sample of the child’s blood, usually from a fingertip, and use a spot test to check whether there is an abnormally high level of glucose in the blood.

If type 1 diabetes develops without anybody being aware of it and it is not treated, it will usually lead to the child becoming more and more tired, often with strange behavior patterns.

It will probably be clear that there is something wrong with the child and most parents take their kids to the doctor at that point. If not, the child will eventually go into a coma.

This requires immediate hospitalization so that the blood sugar can be brought back to normal under medical supervision.

Childhood diabetes is a well recognized disease and can be managed with insulin so that most kids lead a normal life. However, if untreated it is life threatening, so it is important to be aware of the symptoms of diabetes in children and take medical advice if you think your child may have developed diabetes.

6 thoughts on “What Are The Symptoms Of Diabetes In Children?”