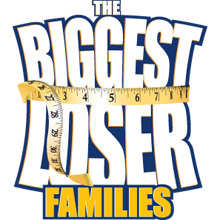 I missed the last episode of Biggest Loser Couples. I had the episode on the PVR and while out of town my wife and daughter watched it and deleted it….I am not too heartbroken.

I thought that in two hours they were going to kick someone off the show and get down to three people competing at home to see who would be the Biggest Loser and win the $250,000 Biggest Loser grand prize.

No one got kicked off, just tow people are in the competition for the third spot, Ed and his wife Heba.

So what are the chances that each of the final four has of winning?

First of all as we all know now, Ed has decided that he wants to give his wife Heba her dream of getting to the final. Looking at the stats it actually looks like Ed is not even close to losing a highest percentage of his body. America gets to pick if it is Heba or Ed in the final and I suspect people will keep Heba on, Ed is a lot irritating anyway.

So then it comes down to the three girls. All three girls are really close in loss percent and so this year more than any most other years I think the finale may be really close Vicky and Michelle are looking really low in , even if they get scary skinny like Ali did last season it will be tough to beat Heba.

Even though I do think that Heba has the best chance of winning she has a lot to lose in her few weeks at home. Heba and Ed will have a good chance at losing a lot of at home given that they are getting prepared meals for winning the last challenge but still, I have to wonder how much that Heba is going to lose otherwise it is a catfight between Vicky and Michelle.

I am really excited about our next finale episode on Tuesday.

1 thought on “Who will win Biggest Loser Families?”