A little late but anyway, here are some ideas from a site called 50-plus. These are mostly things that we should know already but I thought would be great stuff as BBQ season is just starting up for most people. 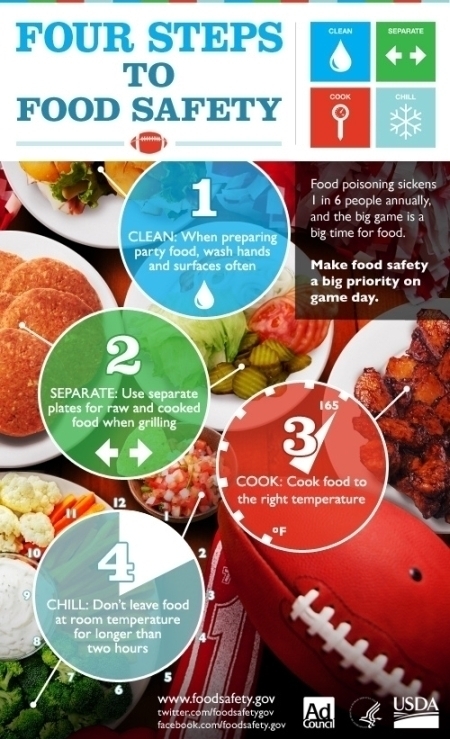 Always keep your hands as well as anything touching food clean

The safe chef doesn’t depend on guess work! Make sure you kill harmful bacteria by cooking food thoroughly.

According to Health Canada, the safe temperatures for cooked foods are:

Tip: If you have to check more than once, clean the thermometer before using it again.

Eat cooked food while it’s still hot bacteria can grow when food is allowed to cool down slowly.

Put leftovers in the fridge right away

A barbecue can be a great party but remember that food shouldn’t be left out for more than two hours.

Food Safety tips for the holidays

Egg Safety from the FDA

Between meals there is always that urge to eat a snack. I can attest to the fact that I am always hungry so when I found this list of 50 snacks under … END_OF_DOCUMENT_TOKEN_TO_BE_REPLACED

A total of about 100 eating tips for a healthier lifestyle. These are a giant list of simple and easy eating tips that can help you live healthier … END_OF_DOCUMENT_TOKEN_TO_BE_REPLACED