Breads and Vegetables? What do these have in common? Not much. The reason that we want to consider these two staples of a diet is for opposite reasons.

Are All Carbohydrates bad?

Breads are a nightmare for many people trying to cut down on the carbs in their diet. There is good reason to cut the carbs as most people are taking in to many carbs in the first place. 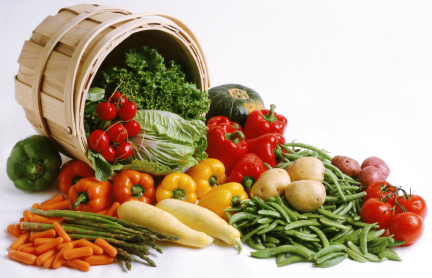 In saying that cutting down carbs is good I am not writing about a zero carb policy like with the Atkins diet but instead just talking about cutting a quarter or half of your carbs out and not replacing them and thus you will have cut your calorie intake quite substantially.

Bread as any diabetic can tell you is a very addictive food.

To most people the cutting of bread from their diet is one of the biggest sacrifices they can make and once it is out of your diet for a week or two you will feel better and will not have those cravings anymore.

I know this from experience as I have a bagel every morning (equivalent to 5 slices of bread) and for a week I went without and felt badly in the morning but by the next week I was not missing it at all.

Vegetables are a great Carbohydrate

Vegetables are also carbs but are much better for you and in the typical North American diet most of us would be very short of the six or so servings that we should have. The advantages to increasing your vegetables are threefold.

So when you are trying to figure out what the differences are between carbohydrates, and you certainly aren’t alone in this, every diet seems to day either high or low carbs and sometimes diets are not clear on differentiating between carbs.

You can also think about the living or non living test. If you were to bury a loaf of bread in the ground there is no way it would grow (well maybe seeds on top if there are any) the bread would just rot.

If you were to put a vegetable in the ground you would think that there is a chance that it would re-root itself – think of carrots and celery. So this is a great method to think about the idea of living an non living foods

Fruits and Vegetables – The Good Carbs

Vegetables and Physical Activity for Fitness