I have just run across a study released today that seems to show that there is an elevated risk of Kidney damage by taking certain stomach drugs, called PPIs (proton-pump inhibitors), like Nexium or Prilosec.

In the very large study by John Hopkins involved looking at two studies which followed over 250,000 people over 10 years and found that people taking a drug like Prilosec or Nexium had just over a 12% higher risk of chronic kidney disease.

An estimated 15 million Americans use these PPI drugs,

“They’re very, very common medications,” says Morgan Grams, an epidemiologist at the Johns Hopkins Bloomberg School of Health who led the research, being published in the journal JAMA Internal Medicine.

The History of PPI Drugs 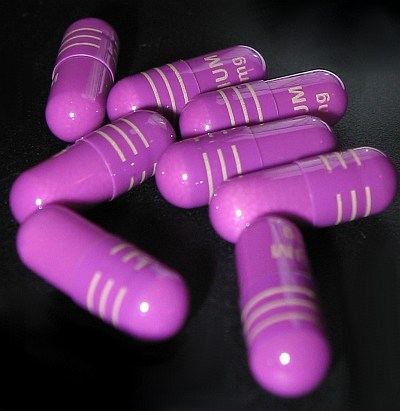 When PPIs were first approved in the 1980s, the drugs appeared to be very safe. Since then, concerns have been rising about their safety. Evidence has emerged that the drugs may increase the risk for a variety of problems, including bone fractures,infections and possibly even heart problems.

Morgan Grams and her colleagues decided to examine whether PPIs might increase the risk for chronic kidney disease.

They examined the medical records of two groups of people: 10,482 participants in the Artherosclerosis Risk in Communities (ARIC) study and 248,751 patients in the Geisinger Health System in Pennsylvania.

Among the 322 people using PPIs in the ARIC study, the 10-year estimated absolute risk for chronic kidney disease was 11.8 percent, the researchers reported.

The expected risk would have been 8.5 percent. The 10-year absolute risk among the 16,900 patients using PPIs in the Geisinger Health System was 15.6 percent, whereas 13.9 percent would have been expected to develop chronic kidney disease.

Asprin can cause brain bleeding?

Glucosamine for Back problems in Doubt?