Carbohydrate is the root cause behind your obesity, or so the supporters of low-carbohydrate diets would have you believe.

Low-carb diets have always been more popular than the other dieting methods.

After all, who hasn’t heard of the classic ones such as the Atkins, South Beach Diet, and especially now, the Ketogenic diet which is super popular today?

If you are worried about cooking low-carb meals, drop your worries. 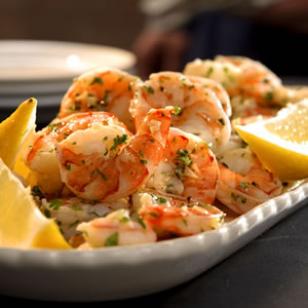 Now the million dollar question: is the low-carb diet a right choice for you?

Well, that is what you would learn about in this article.

Many people make the mistake of going on a low carb diet without doing adequate research and diligence. They are so much excited and blinded by all the hype surrounding these diet programs that they don’t even pause to think whether the diet is right for them or not.

Subsequently, frustrated with their chosen diet plan, they quit it altogether.

You shouldn’t make such a mistake. Before going for the low carb diet, it is necessary to understand what types of foods you would be allowed to eat and which ones would be restricted or forbidden.

Ask yourself: do white bread, pasta, packaged fruit juice, etc., form part of your staple meal? Are you a fan of potatoes? If yes then low carb diet plans are not for you.

If you have a special addiction for sugary foods then again you shouldn’t pick up a low carb diet as you are sure to be disappointed with your choice.

With a low carb diet, your carb intake would be severely restricted. Now, the types of restrictions vary from diet to diet. Some diets would put a complete ban on your carbohydrate intake, which means no chocolates, no sugar, no packaged fruit juices, no potatoes, no white breads, and no pasta for you.

Then there are others which would let you eat only certain types of carbs. On Keto for instance you go down to about 20 grams of carbs a day and after a while you can maintain that at up to 40 or so grams of carbohydrates a day

Can I Ever Eat Carbs Again?

For example, the South Beach diet plan allows a gradual increase in the amount of carbohydrate intake in “phases”, while the Atkins diet puts a severe restriction on your carbs. With Keto as I showed earlier you keep low but not zero carbs on a daily basis.

That said, don’t think that you cannot have delicious meals without carbs. I already mentioned that most of the available low-carb diet plans come with cooking recipes. Each of these recipes would help you make a delicious meal for yourself and your family, so much that you would almost forget about carbs.

These recipes would satiate your taste buds while at the same time limiting your carbohydrate intake to a minimum.

Lastly, switching to a low carb meal plan is not an easy task especially if you have been thriving on sugary foods for years. Such a switch, if not impossible, is pretty difficult, and unless you are a self-disciplined individual with a strong mindset, such a switch may prove quite frustrating for you in the long run.

What is a low carb diet