Thanksgiving is just around the corner, and if you are like millions of other Americans, you probably cook turkey in the traditional way – roasted in an oven. Are you tired of cooking your turkey the same way, year after year, and getting the same results, year after year? It’s time to try something new!

Roasting Turkey On a Charcoal Grill

With summer just beginning to fade from memory, chances are good that your outdoor grill is still easily accessible to cook Turkey. 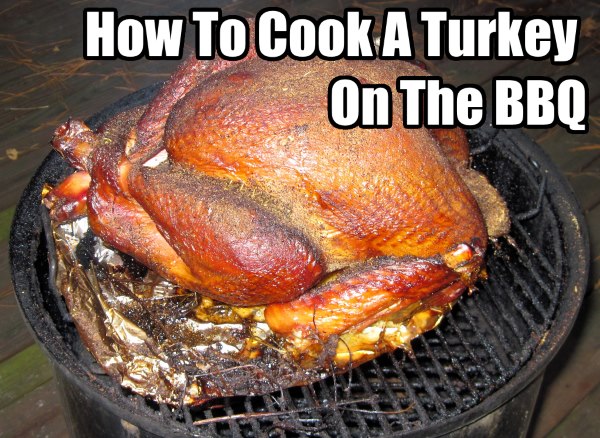 This is a good thing, because preparing your bird on a grill – charcoal or propane – creates a juicy, delectable dish that’s sure to please.

For a charcoal grill, you simply cook turkey in a grill prepared with briquettes that have been heated until the flame dies down. Well for cooking you can also use wood pellet which are always economical to use than normal wood.

Place your seasoned turkey breast-up on a grill over the briquettes and cover with the grill lid. Throughout the cooking process, you’ll need to add a few charcoal briquettes every now and then.

Smoking Turkey On a Propane Grill

With this method you’ll need to prepare several smoke packets in advance. Smoke packets are wood chips that have been soaked overnight and wrapped in aluminum foil. Poke a few holes in the foil to allow the smoke to escape the packet.

You’ll cook turkey using indirect heat, which means you’ll need a propane grill large enough for the turkey to be on one side of the grill, leaving the other side open.

You will be using the burners on the open side. Bring the temperature of your grill to about 250 degrees and place one of the foil packets near one of the flames, but not in direct contact with it. Close your grill and wait.

When the smoke begins to billow, place your seasoned turkey breast-up on other side of the grill (the unlit side). Close the lid and keep an eye on the smoke.

If it begins to die down, toss in another prepared smoke packet. The results are an incredibly juicy, smoked turkey with beautiful pink turkey meat near the surface, caused by the penetration of the smoke.

Cook Turkey in a Crock-Pot

Another way of preparing a juicy, delicious turkey is in a large crock-pot. Suitable for smaller birds (10 pounds or less), place the seasoned turkey in the crock-pot with some butter and let it cook for about ten hours on low, or five hours on high. It’s fall-apart delicious!

Cooking a Thanksgiving turkey doesn’t have to be the same every year. Get creative and try new ways to cook turkey

5 Natural Ways to Fight Off Eczema

7 Ways to Stay More Organized at Home and Work