Should I become a vegetarian? That’s a question many people ask themselves after reading articles or maybe books about diet, health and nutrition. There is so much conflicting information about which diet is healthiest, or best for weight loss, that subjects like this can be very confusing indeed.

There is no single answer for everyone. Aside from all the theories about whether it’s healthier to eat meat or not, you ultimately have to do what feels best to you.

For many people, it’s best to experiment with different diets until you find one that works best for you. You can, however, take some important facts into consideration when it comes to the vegetarian question.

The Problem With Meat

A lot of what’s wrong with meat today has to do with the way it’s prepared. If you have heard about the conditions at modern factory farms, you may know that the animals are kept very close together, which can cause illness.

To prevent or treat these diseases, they are given powerful antibiotics. These, of course, remain in their system after they are slaughtered and eventually make their way into the bodies of people who eat meat.

Are these antibiotics harmful to humans?

The evidence is inconclusive so far, but people who prefer to eat a natural diet but who don’t want to give up meat should consider eating organic meat.

In addition to antibiotics, there’s the question of growth hormones, which are often given to animals to maximize their growth -and profitability. Again, there is no definite evidence that these are harmful, but often when it comes to issues like this, by the time the evidence comes out, it’s too late for people who have been consuming the product for years!

What is true for meat is also true for animal products, such as eggs, milk, cheese and butter. If you want to be safe or stick to a more natural diet, once again, the solution is to go organic.

Is A Vegetarian Diet Healthier? 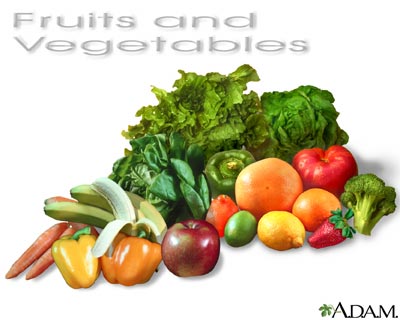 Some people feel that it’s more ethical to be a vegetarian, as meat-eating does involve killing animals. This is a complicated question, and one that everyone has to decide for themselves. What about the health issue?

One of the main reasons why some people claim that a vegetarian diet is healthier (aside from the issues mentioned in the previous section, which can be gotten around by consuming organic animal products) has to do with saturated fat. This is a somewhat controversial subject.

It is generally conceded that trans fats are unhealthy. These are found in junk foods like deep fried and hydrogenated foods. It is also agreed upon that monounsaturated fats, the kind found in foods like nuts, avocados and coconut and olive oils are healthy.

These fatty acids are beneficial to your body and can help lower your cholesterol. Saturated fats, which are found in animal products, are the subject of debate.

Many nutritionists have claimed that these fats are not good for you. However, others, influenced by the research of Weston Price, have concluded that many traditional people around the world have been eating high fat animal foods for thousands of years (think of the Eskimos, who have lived largely on whale) with virtually no heart disease or cancer.

So, while there is still much debate on this subject, it would probably be an oversimplification to say that a vegetarian diet is healthier. The fact is, whether you eat meat or not, you should try to eat the most natural, preferably organic, foods you can find.

How To Be A Low Carb Vegetarian

Guide To Becoming Vegetarian Without The Stupid Rules

Is A Vegetarian Diet Really Healthy?

How to Become an Ideal Leader

15 thoughts on “Should I Become a Vegetarian?”