I think I made it clear last week in one article about doing workouts to increase your strength that it is important to do a very few sets with low reps to failure. I keep finding however references to the 300 workout. The 300 workout is a workout inspired by the movie called 300 and is supposed to make you lean and incredibly strong and buff. We will see how this influences regular workouts but this is long and mentally grueling with lots of sets and lots of reps for a workout.

Chris Aitkin is a martial arts trainer and expert and inspired this spin to the 300 workout which although I believe would work very well for overall fitness would also take a long time and really beat you up, he also suggests to find local mixed martial arts training classes in your area, for him practicing martial arts is the ultimate workout.

Ever since the movie “300” came out and the rippling abdomens and rock-hard pectorals of dozens of stars and extras made their debut, many versions of the so-called “300 workout” have arisen on the internet.

As a trainer and someone who enjoyed watching that movie, I was interested in what types of exercises these body-breaking workouts were employing, and I managed to find three or four different variations on the same theme.

The general rules they followed were:

1. Use a multitude of exercises
2. Hit every part of the body possible
3. Use ridiculous reps and weights
4. Hit 300 reps as the total of all repetitions

Typical exercises would include 50 throws of a 45 lbs. dumbbell from the ground to over your head. Retrieve the weight and do it again! Or even sit-ups with 70-100 lbs. sitting on your stomach. Needless to say, that’s a hell of a load! 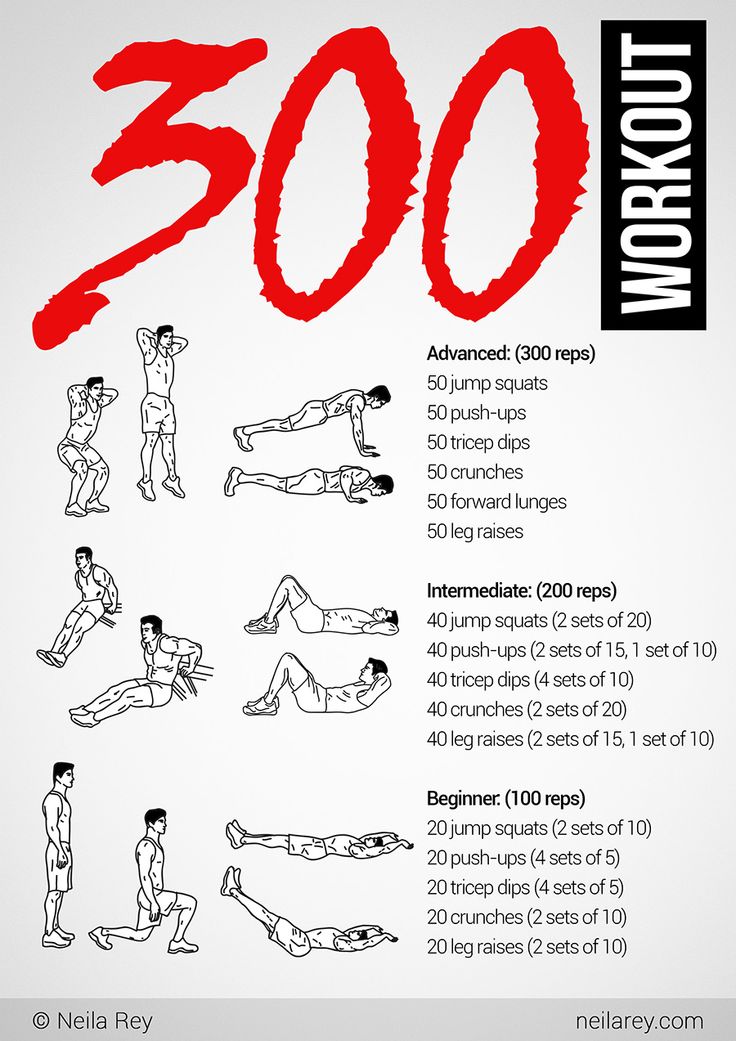 My goal was to create a workout for my Haidong Gumdo Students Fitness that would mimic the overall feel of the 300 workout (hitting the whole body with a multitude of exercises), but it would be achievable by even my weakest students.

I took to doing some of the exercises suggested by several of the 300 workouts and started picking and choosing those we could do without extra equipment. Also, these would have be appropriate for practicing on an indoor basketball court at a college (which is what we were doing).

After some trial and error, as well as a few practice sessions with the actual class, I came up with this general regimen. You can switch it up slightly, but the order is designed to hit different parts of the body in succession, then go back and hit them again. The goal was a good workout without overly taxing any one portion of the body at a time, but getting to overall failure (or nearly so).

You’ll notice as you go through that I don’t include any time for rest. This is because there isn’t any! The workout is designed to be hard, and you shouldn’t take any more then 15-30 seconds to change positions between exercises. If you want to add in some sort of rest during the workout, allow them to take 1 minute intervals for water before Decline Push-ups again before lunges.

100 jumping jacks:This is a total body exercise, emphasizing the legs and arms as the gross movement. Perform it as a 4 count move where “spread-in-spread-in” equals one repetition.

20 push-ups:This one emphasizes chest and arms. The instructor calls the exercise with “dow, up” commands, where down is held with the chest about 1-2 inches off the floor, and up is held with the arms straight.

30 bicycle crunches:Abs and obliques are the main target with these. Lay on the back with your hands behind your head, elbows out. When you rep up, touch your elbow to the opposite knee, and keep your legs off the floor. You should look like you’re riding a bicycle (just a very uncomfortable one) during the movements.

20 prisoner squats: Great one for legs, emphasizing the thighs. Stand with your legs shoulder width apart, hands behind your head like you’re being arrested. Squat down to at least 90 degrees (sitting on a chair), but as far as 30 degrees. Stand up and repeat. Try not to fall down.

10 decline push-ups: This one really hits your chest and arms, placing more on you during the movement. You’ll need something to place your feet on that’s at least eight inches off the ground, but as much as two feet. Perform push-ups with your feet so inclined as normal, with the instructor calling “down-up” commands.

5 suicides: I hate to run, but for total body, cardio, and legs, suicides are awesome. Pick a good amount of area, about 100 feet long and able to house your students side by side on the short side. Mark out a place 50 feet down the line, then 100 feet down (we used a sword on the ground and the wall of the gym). Have them run to the mid-line, back to start, to the end line, and back to start. That’s one rep.

30 sec flutter kicks: Lower abs especially love flutter kicks, but it isn’t bad for legs either. Lay on your back with your hands just barely under your glutes. Raise your feet about six inches off the floor and lift your head up to look at them. Now raise one foot another six inches, keeping your other leg at the same height. Kick them like your swimming between the six inch and twelve inch marks for 30 seconds. You should complete 30 reps or more during that time.

5 pyramids: Back to the arms and chest. Pyramids start in push-up position. You’ll call “down-up” and perform one rep, then immediately turn over into a sitting positions with your hands straight over your head. Call “down-up” and bend your arms down to the shoulder, then back up again. Immediately flip over to push-up position after. That’s one rep. For rep two, you’ll do two push-ups and two arm drops, then three each for the third rep, and so on.

For added “fun you can make them go back down the scale from 5 to 1 after going up from 1 to 5! They will probably hate you though.

20 lunges: Lunges are an excellent leg exercise, and they give you ample opportunity to practice good posture and strengthen your back as well. With your hands on your hips, step one leg forward, planting the other foot, and bend your knees so that you are almost kneeling, but don’t touch the floor. Stand back up in an identical, opposite motion, then do the same with the other leg. One lunge is equal to going out and back with both legs.

Hard. And the laying partner stops their legs before hitting the floor, and raises them up again. When one partner finishes, switch.

10 min Stretching: You can either stretch freely, use your own routine, or refer to my article on “Stretching 101” to finish up. Just make sure everyone hits all the muscles that they worked out in this exercise. I didn’t start with stretching because I assume you would have already done that during your normal class time. I finish with it because it is essential to making sure you keep the now-fatigued muscles cramp free and help them heal.

How to Workout in Less Time