When they use the term “B complex,” scientists are tacitly admitting that they do not know all the vitamins that compose it. Yet experiments with animals indicate that the B vitamins may turn out to be the most remarkable treasure house of human health thus far discovered.

The entire B complex (not the individual and better known B vitamins) appears to be a preventive o£ baldness and of gray hair, at least in animals, as we shall later see.

Greater B intake in animals is believed by many researchers to encourage greater resistance to infantile paralysis.

Also, in very recent experiments, it has proved remarkably effective in preventing the development of liver cancers in laboratory rats. Right now there is a lot of activity to relate these startling findings to human beings.

Two practical and potent sources of the entire B complex in human diets are liver and yeast. Liver is a veritable hoarder of vitamins, known and unknown among the unknown elements being the factor that prevents anemia. 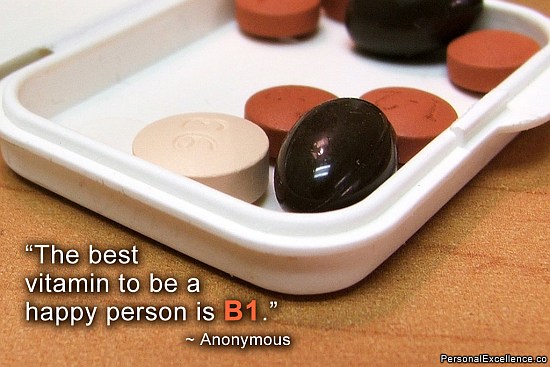 Early experiments were performed with calves’ liver, leading to exaggerated demand and high prices for this particular variety. Beef liver, pork liver, and chicken livers are considerably cheaper and just as important nutritionally as the organ of the aristocratic calf.

Baker’s or brewer’s yeast is a good source of the B complex, since the living plants of yeast have the ability to synthesize vitamins. Best known of the B vitamins are Bi, G, and nicotinic acid, which have had a good deal to do with making you what you are todayor, just as important, what you aren’t.

Once upon a time there was a wife who often fought with her husband. She resented his mild suggestions that they go to a movie or listen to the radio or do this or that. She was continually on edge, fretful, jumpy and contentious, and constantly tired out.

Having a poor appetite, she usually breakfasted on a cup of black coffee and was satisfied with a slice of white bread and a bit of jelly for lunch.

The harried husband finally got her to a doctor who checked up on her symptoms and concluded that she was a victim of vitamin starvation, with particular shortage of Vitamin B1 A vitamin-rich diet of properly balanced foods restored happiness to the household.

It is not difficult for a doctor to diagnose acute vitamin deficiencies.

But mild shortages the kinds that are surprisingly common in this supposedly well-nourished country of ours are often confusing because the symptoms can originate from many different causes, many of them having nothing to do with vitamins. Moreover, vitamin deficiencies rarely exist singlyshortages of one vitamin usually indicate that the intake of other vitamins is also inadequate.

The first signs of B1 deficiency are usually “that tired feeling” and a loss of appetite. Constipation, “nervousness,” digestive disturbances, headache, dizziness, loss of , rapid heartbeat, irritabilitythe frequency of these complaints reflects common deficiencies of thiamine in the average American diet. Sometimes all the victim complains of is no zest for life, which he probably attributes to his poor appetite.

Long continued thiamine shortage brings such signs as pain and heaviness in the legs, cramps in the calf muscles, burning feet, numbness of fingers and toes, and, in extreme cases, the serious disease of beriberi which if not arrested usually results in death from heart failure.

Vitamin B1 has been called the pepper-upper, the nerve vitamin, and lack of it does result in conspicuous damage to the nerve fibers. But that isn’t the half of it.

The “horrible example” who used to decorate the platform of the temperance lecturer was undoubtedly a casualty of Barleycorn. It has just been learned, however, that the old soak was less a victim of what alcohol did to him than of what it didn’t do for him.

Specifically, alcohol cuts down one’s all-important intake of thiamine in two ways: it furnishes calories that increase the need for thiamine; at the same time it not only fails to provide the vitamin but it decreases the intake by diminishing the normal appetite for food. This applies to heavy drinkers who, notoriously, are poor eaters.

Continued thiamine deprivation, moreover, causes the appetite to dwindle to the vanishing point.

The victim of alcoholism who is carried to the hospital in a straitjacket, flailing about to keep from being trodden upon by polychrome elephants, is partly a victim of poisoning but mostly a victim of starvation. His nerves, heart, digestion, and appetite show effects of lack of thiamine.

Dramatically, an injection or two of pure thiamine will frequently bring a delirium tremens patient back to normal in a day’s time. He loses his jitters and hallucinations and starts eating like a truck horse. The ability of revolutionary forefathers to consume huge amounts of hard liquor has been attributed to their heavy thiamine intakes from the whole-grain, unrefined foods of older diets.

It has also been proposed that whiskey be fortified with thiamine tablets to prevent hangovers. The remedy would theoretically work, but alcohol can hardly be recommended as a food. Life is not lived on thiamine alone.

You need B1 for sound digestion; recently it has been shown that rats deprived of the vitamin develop peptic ulcers which are cured when intake is increased. You need it for normal intestinal activity. It is profoundly important to the heart and circulatory system, a builder of morale.

All of these jobs are performed through thiamine’s ability to help your cells to take up oxygen in a sense, to enable your whole body to breathe. Energy-yielding carbohydrates require thiamine to set fire to them. In fact, the fewer carbohydrates you eat, the less thiamine you need, which is why thiamine requirements are relatively low in reducing diets.

However, if you go out and play a few fast games of tennis, or cram 36 holes of golf into a sunny Saturday, up zooms your need for thiamine. The more energy you burn, the more thiamine you need for efficient combustion.

Practically all common foods contain thiamine; it is essential to every living thing, plant or animal. Deficiencies, then, ought to be very rare. The trouble is that thiamine is a rough, shirt-sleeved worker who is repelled by the sissy notion of refinement.

The vitamin prefers to live in the coarse, outer portions of foodstuffs the husks and skins and tough integuments exactly the portions we throw away or have discarded for us by modern refining processes.

Cereals are a case in point. Ordinary white flour is poor in thiamine because the wheat germ and bran layers of the kernel are removed. Diets built around polished rice, stripped of the outer coats of the grain, are responsible for the scourge of beriberi that plagues Oriental countries.

On the other hand, whole-grain flours and cereals are good sources. So are the fortified flours and white breads that have recently, with government persuasion, been put upon the market.

Breakfast cereals are likewise available in vitamin-fortified forms. Nevertheless, if you can tolerate whole-grain products, they are preferable to the fortified refined varieties because of other values not supplied by addition o£ thiamine alone.

Nuts and legumes, peanuts, peas, and beans are “whole grain” products and good sources of thiamine. So are meats, fish, fowl and milk, since they are usually used in substantial quantities. Among meats, pork is an unusually rich source, and gland meats such as liver and kidney rate high.

Thiamine intake can be bolstered rather easily by the use of a few spoons of granulated or flaked wheat germ every day. Drug stores can supply wheat germ at reasonable prices, and the pure vitamin at slightly higher cost. Yeast is also an excellent source.

Unhappily, your capacity to store thiamine is very limited, which means that you must get adequate amounts every day. Since it is soluble in water, you can help to assure your supply if the liquids in which foods are cooked are served in soups and gravies.

3 thoughts on “Thiamine – B Complex Vitamins”