Sleep is a big problem for a lot of people. I just ran across a story from last week that points out that many people are having trouble sleeping and are using alternative medicine, herbs, in order to fall asleep. The big story is supposed to be the use of herbs but the real story here is that people are getting insomnia on a much more regular basis then they were 20 or 30 years ago.

The reasons for insomnia and most common sleep disorders can be narrowed down to a few causes. If you would like to sleep better then you should leave work stress at work, no sugar and caffeine after 3:00 in the afternoon and regular exercise. Sure there are a lot of problems that can cause sleeping problems but by just doing these three things most people will find that there length and quality of sleep will improve dramatically, according to this article Older Adults need 7 to 8 hours sleep per night in order to avoid health issues and keep a good performance on their daily activities.

One in six Americans frequently have difficulty falling asleep, and 4.5 percent of them use some type of alternative medicine to treat their sleeping problems, a new study shows.

“Most respondents who used herbal therapies or relaxation techniques found these therapies helpful for managing their insomnia or trouble sleeping,” Dr. Nancy J. Pearson and colleagues from the National Center for Complementary and Alternative Medicine in Bethesda, Maryland report in the Archives of Internal Medicine.

Pearson and her team analyzed information from the 2002 National Health Interview Survey to find out how common sleeping difficulties were and how often people used alternative techniques to treat them.

Of those surveyed, 17.4 percent reported that, over the past 12 months, they regularly had difficulty falling asleep or suffered from insomnia.

The researchers found that 4.5 percent of those with sleeping troubles, or an estimated 1.6 million people, are using complementary and alternative medicine to help themselves sleep better.

Herbs and relaxation exercises were the remedies most commonly used. About 60 percent of those who used alternative medicine for insomnia said they told their doctor they had done so. Alternative medicine use was more common among younger people and among more educated individuals.

Pearson and her team also found that people with anxiety or depression were more than five times more likely to suffer from insomnia. Congestive heart failure doubled the risk of sleeping problems. Hypertension and obesity also boosted the risk of insomnia but to a lesser degree.

Sleeping troubles peaked among 45- to 54-year-olds, declined somewhat for older people, and then increased again among those 85 and older. This contradicts past research that has suggested insomnia is most common among the elderly, the researchers note.

“Taken together, our data justify further research on the efficacy of these complementary and alternative medicine therapies to treat sleeping disorders such as insomnia and trouble sleeping,” the researchers conclude.

What I learned from my Skateboad Injury 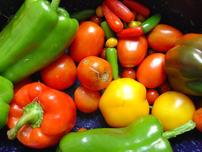 7 thoughts on “You are now not feeling sleepy”