We all know that Antioxidants are a great way to help cleanse our body and reduce inflammation. But, what is the reason that an athlete may need more antioxidants than anyone else and how do antioxidants help athletes?

Why do athletes use Antioxidants?

Some athletes say that antioxidants help protect the body from free radicals.

What do the advocates say?

Antioxidants such as vitamin C, vitamin E, CoQ10, glutathione, and alpha lipoic acid are important supplements for everyone, but especially for those who exercise on a regular basis. The rational is that exercise is a highly oxidative process and, as a consequence, produces free radicals from aerobic metabolism. Antioxidant compounds help alleviate this process.

There is conflicting evidence whether the best time to supplement with an antioxidant is before or after a workout.

How much Antioxidants are usually taken by athletes? 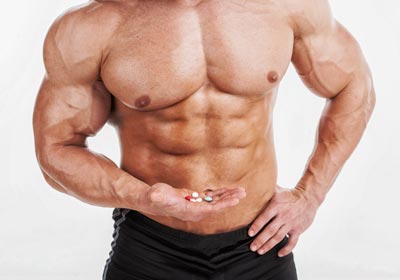 Most research has demonstrated that strenuous exercise increases production of harmful substances called free radicals, which can damage muscle tissue and result in inflammation and muscle soreness.

Exercising in cities or smoggy areas also increases exposure to free radicals. Antioxidants, including vitamin C and vitamin E, neutralize free radicals before they can damage the body, so antioxidants may aid in exercise recovery.

Regular exercise increases the efficiency of the antioxidant defence system, potentially reducing the amount of supplemental antioxidants that might otherwise be needed for protection.

However, at least theoretically, supplements of antioxidant vitamins may be beneficial for older or untrained people or athletes who are undertaking an especially vigorous training protocol or athletic event.

What Does Research Say About Antioxidants?

Placebo-controlled research, some of it double-blind, has shown that taking 400 to 3,000 mg of vitamin C per day for several days before and after intense exercise may reduce pain and speed up muscle strength recovery. However, taking vitamin C only after such exercise was not effective in another double-blind study.

While some research has reported that vitamin E supplementation in the amount of 800 to 1,200 IU per day reduces biochemical measures of free-radical activity and muscle damage caused by strenuous exercise, several studies have not found such benefits, and no research has investigated the effect of vitamin E on performance-related measures of strenuous exercise recovery.

In most well-controlled studies, exercise performance has not been shown to improve following supplementation with vitamin C, unless a deficiency exists, as might occur in athletes with unhealthy or irrational eating patterns. Similarly, vitamin E has not benefited exercise performance,18 19 except possibly at high altitudes.

The case against Antioxidants?

Antioxidants in Fruits an Nuts

1 thought on “Antioxidants for Athletes”