The evidence against Teflon frying pans is really starting to stack up. I was thinking about this today as we threw out our last teflon frying pan because the Teflon was coming off of it.

The United Steelworkers (USW) is condemning DuPont for contaminating employees around the country with some of the highest levels of the Teflon chemical called PFOA, while denying workers information on potential health effects.

The union says that DuPont is refusing to release certain data the company collected on Parkersburg, West Virginia employees to a court-appointed panel of scientists who are investigating potential health effects suffered by thousands of Ohio and West Virginia residents after drinking water was contaminated by PFOA

There is even a problem with a byproduct of the Teflon creating process. The Science Advisory Board for the U.S. Environmental Protection Agency has determined the chemical to be a likely cancer-causing agent in humans. DuPont, saying that there are no harmful health effects say they will continue to use it in their manufacturing process, reports WCPO. The chemical is distilled out before the final product is completed and so is not present in Teflon or other final products.

In new tests conducted by a university food safety professor, a generic non-stick frying pan preheated on a conventional, electric stovetop burner reached 736°F in three minutes and 20 seconds, with temperatures still rising when the tests were terminated. A Teflon pan reached 721°F in just five minutes under the same test, as measured by a commercially available infrared thermometer. DuPont studies show that the Teflon off-gases toxic particulates at 446°F. At 680°F Teflon pans release at least six toxic gases, including two carcinogens, two global pollutants, and MFA, a chemical lethal to humans at low doses. At temperatures that DuPont scientists claim are reached on stovetop drip pans (1000°F), non-stick coatings break down to a chemical warfare agent known as PFIB, and a chemical analog of the WWII nerve gas phosgene.

In a continuing review of Teflon’s safety, The Environmental Protection Agency, EPA, Science Advisory Board voted unanimously on Wednesday, February 15th, to recommend that PFOA be upgraded from the current “suggestive carcinogen” to a “likely carcinogen.” A month ago, DuPont and eight other companies made a voluntary agreement with the agency to reduce the use of the Teflon family of chemicals by 95 percent in the next five years, after DuPont agreed to pay a $15 million fine to the EPA for the alleged hiding of toxicological data on the chemical. Past research has documented that PFOA causes cancer in animals. More than 95 percent of Americans carry C8 in their blood. DuPont stands by its public statements that there is no evidence suggesting the chemical causes cancer in humans. Should the public be concerned?

After looking around and reading all of the literature that I could find on the subject of Teflon cookware I believe that we have just today gotten rid of the last Teflon frying pan that we will ever own. 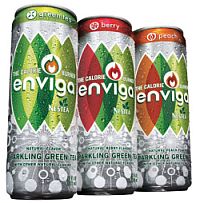 2 thoughts on “Dangers of Teflon”