A huge review of studies on pain relievers has found that a widely-used medicine may confer cardiovascular risks as serious as those found with Vioxx, an arthritis medicine that was withdrawn from the market two years ago.

The real problem for many people taking either Naproxen or Diclofenac is that either of these anti-inflammatories can cause stomach upset as well as heart problems depending on doses (Naproxen seems to be a bit safer).

Diclofenac, marketed as Voltaren, Cataflam, Solaraze and Arthrotec, an older non-steroidal anti-inflammatory drug (NSAID), has been on the market for decades and is one of the most-widely prescribed anti-inflammatories in the world especially in Europe.

At commonly prescribed doses, it was found to increase the risk of cardiovascular events primarily heart attack and sudden death by 40%.

The good news from the study is that there are alternatives.

“European consumers would be better off switching [from diclofenac] to naproxen,”

says David Graham, a safety official at the US Food and Drug Administration, who authored an editorial accompanying the published review

. Naproxen was found to neither increase nor decrease cardiac risk. 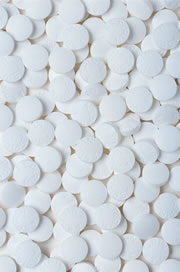 The article originally showing up in Nature. Is another nail in the coffin of older testing to prove safety of many painkillers used today.

Quality of the Diclofenac Study

The meta-analysis, published online today by the Journal of the American Medical Association, looked at 23 studies involving some 1.6 million people.

The studies were not gold-standard clinical trials, but the review’s huge scope lends it , says Graham. “It looked at all NSAIDs across the board, at all available evidence for those NSAIDs. In that regard, it’s unprecedented and in my view becomes authoritative.”

The study authors Patricia McGettigan of the University of Newcastle in New South Wales, Australia, and David Henry of Newcastle Mater Hospital in Waratah, New South Wales call for a review of the regulatory status of diclofenac, which is marketed as a generic drug and also under the trade names Voltaren, Cataflam, Solaraze and Arthrotec.

For the future, researchers are aiming to find a class of anti-inflammatories that will both be kind to the stomach and to the heart.

Research released by the Proceedings of the National Acadamy of Sciences this week shows promising news of a drug target, found in a mouse model, that slows the development of atherosclerosis. This might help a new class of ‘super NSAIDs’ not only steer clear of heart disease risk but work to reduce it.

The CMDh agreed with the PRAC conclusion that although the benefits of systemic diclofenac still outweigh the risks, those risks were similar to the risks with COX-2 inhibitors, and it endorsed the recommendation that similar precautions should be applied.

The CMDh position will now be sent to the European Commission, which will take a legally binding decision throughout the European Union (EU).