Conjugated linoleic acid is a natural substance found in many of our foods that according to many studies can reduce fat and improve muscle mass in the body. Taken as a supplement with no change in eating or exercise habits, it would not make you lose but it could help you lose fat. It is often taken by men looking to lose and bodybuild at the same time, but it can also be useful for anyone who is over and under-exercising, as any increase in muscle will increase the metabolism, burning more calories.

Like many natural loss products, conjugated linoleic acid (CLA) combined with a flexible healthy eating plan can lead to gradual long term loss and help you get out of the yoyo dieting cycle where you are constantly losing and gaining the same 10, 20 or 50 pounds. Yoyo dieting is very bad for the health. It is better to remain over than to keep on losing and gaining, losing and gaining. 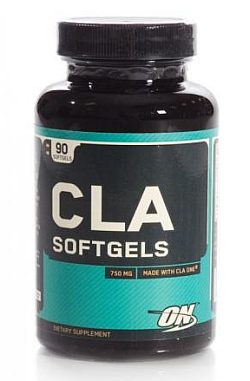 Most experts (unless they are trying to sell you something) agree that the diet that works best in the long term is the non-diet, where instead of eating special foods and banning others, you eat slightly smaller quantities of a normal healthy diet. If you are currently living entirely on pizza, fries and chocolate, then okay, some changes may be overdue. But you can still have small portions of all of those foods from time to time. If this is the kind of diet that you want, then CLA can help reinforce your plan by boosting your fat loss. Dr Michael Pariza of University of Wisconsin-Madison, reported to the American Chemical Society that CLA “doesn’t make a big fat cell get little. What it rather does is keep a little fat cell from getting big.”

Many studies have been done on CLA. One study published in the Journal of Nutrition found that people taking CLA lost on average six pounds of body fat more than a group that took a placebo. The researchers discovered that you need around 3.4 grams of CLA per day for it to be effective. CLA is found in food, especially meat and dairy products, but supplementation is necessary for most people to reach that level.

Another study at Purdue University, Indiana, found that CLA improved insulin levels in about two-thirds of diabetics, and slightly decreased their blood glucose level and triglyceride levels, suggesting that it may help to maintain normal insulin levels. But see your doctor before taking any supplements if you have diabetes.

There are no magic pills for loss but if you are willing to commit to reducing your body fat permanently, CLA may help you. Keep in mind that its main effect is to convert fat to muscle, which by itself will not weigh any less. But your body will look slimmer and feel healthier if you do this, and combined with a good control eating plan conjugated linoleic acid can help you move toward your ideal too.

Acai For Weight Loss -Does It Work?

Does the Lifestrength Bracelet Work?

Between meals there is always that urge to eat a snack. I can attest to the fact that I am always hungry so when I found this list of 50 snacks under … END_OF_DOCUMENT_TOKEN_TO_BE_REPLACED

A total of about 100 eating tips for a healthier lifestyle. These are a giant list of simple and easy eating tips that can help you live healthier … END_OF_DOCUMENT_TOKEN_TO_BE_REPLACED