I have always heard that line “Fake it till you make it” and have thought of it as just kind of a way to short circuit reality and that whole law of attraction kind of stuff.

But I have a great example that has changed my mind on this. 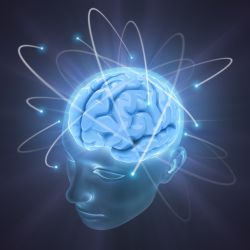 I play street hockey and as a Canadian I am not a very good hockey player. Lots of kids, sometimes it seem like all kids, in Canada play hockey and so as we get older we keep those skills. I never played hockey as a kid so I don’t have those skills to bring forward.

Still I love the competition, I play as hard as I can but don’t have the moves and stick control that other guys have.

Pretend You Are the Best – Fake It

I decided a few weeks ago that I would go out and pretend that I was the best defensive player in the league, I have nothing to lose thinking that, of course I am not cocky at all so I just grind away, and in fact I played my best hockey ever.

By thinking that I was the best player out there (not even close to being true) I was able to check tighter, I was poking for the puck, I was playing more aggressively, and best of all I was totally in tune with my body by being in the right place at the right time.

I once heard, and I am sure it is true, that if you visualize shooting basketball free throws for an hour it will give your body the correct muscle control from the brain to the arms to be almost equivalent to shooting those free throws. Our brain so often knows exactly what to do but we are nervous that we can’t do what is important, we hold back when we really do have the ability.

So next time that you are hoping or trying to push yourself, trying to perfect a new skill, trust in your skills that you have. Fake it till you make it, fully expect that you can do that new thing and see if it works out for you. I suspect that it will.

Time Management: The Key to a Better Life 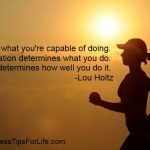