I found this list of some common supplements used in weight loss from the Blue Cross of of Massachusetts. This list even includes some warnings where needed: 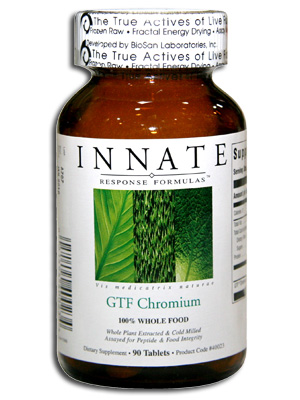 This mineral, found in tiny amounts in almost all foods, helps the body burn fat, build muscle, and control blood sugar. A little chromium is essential to good health, but does that mean extra chromium must be extra healthy?

Supplement marketers and manufacturers claim that chromium pills are a shortcut to the perfect body, but the benefits are far from certain. For one thing, chromium is a nutrient and not a drug, which means it can only help people who don’t get enough chromium in their diet.

Richard A. Anderson, lead scientist at the United States Department Of Agriculture’s Beltsville Human Nutrition Research Center, has studied chromium supplements in many contexts over the last 20 years, and he’s never seen the supplements change a person’s body weight.

Dr. Anderson summed up his opinion of the supplements in the September, 1998, issue of the journal Nutrition Reviews: “Chromium is only a small part of the puzzle in weight loss and body composition, and its effects, if present, will be small compared with those of exercise and a well-balanced diet.”

Watch out for this one. The Food and Drug Administration has warned that this potentially hazardous herb is the key ingredient in so-called “natural” herbal alternatives to the now-banned prescription anti-obesity drug known as “fen-phen.” The agency considers “herbal fen-phen” products to be unapproved drugs that have not been proven safe or effective — and that contain ingredients linked to numerous injuries.

Ephedra is the natural source of the amphetamine-like stimulant ephedrine. Its key ingredient can act as a powerful decongestant, suppress appetite, and speed the burning of fat, but in diet pills the dangers of ephedra far outweigh the benefits.

Over the last few years, the Food and Drug Administration has logged 1,000 serious reactions that may be linked to ephedra, including 38 deaths. The reactions included soaring blood pressure, irregular heartbeat, insomnia, tremors, seizures, heart attack, and stroke.

Experts advise against using any weight-loss products that contain the herb. If you do, check the labels to make sure you don’t get more than 8 milligrams of the drug ephedrine in any 6 hour period, and don’t take any ephedra product for more than a week.

You should avoid ephedra completely if you have hypertension, heart trouble, kidney disease, neurologic disorders, diabetes, or an overactive thyroid gland, or if you’re pregnant or nursing.

You should also know that ephedra can’t make a big dent in your waistline. According to a 1995 report in the journal Obesity Research, Danish researchers found that ephedrine combined with caffeine helped obese patients on a strict diet lose an extra 7.5 pounds over six months compared with patients who simply dieted.

Any product that promised to “melt away almost eight pounds in just six months” wouldn’t exactly fly off the shelves.

Editor’s note: On Dec. 30, 2003, U.S. Health and Human Services Secretary Tommy G. Thompson announced that the government planned to ban the sale of pills containing ephedra in early 2004, and he urged consumers to stop taking the herbal stimulant immediately.

The ban took effect on April 12, 2004. Thompson’s action to ban ephedra came after years of criticism from consumers and researchers who have documented cases of heart attacks, high blood pressure, and strokes associated with ephedra.

HCA, short for hydroxycitric acid, is an herbal extract found in at least 14 commercial weight loss drugs. The chemical, which is distilled from a family of plants native to India, supposedly suppresses the appetite and slows down the conversion of carbohydrates into fat.

While the compound really can help fat rodents slim down, it may not have the same effect of people. In a study published in the Nov. 11, 1998, issue of the Journal of the American Medical Association, researchers from Columbia University gave HCA supplements (1,500 milligrams each day) to 66 over patients.

Another 69 patients took a daily placebo, or dummy pill. All of the subjects were on a high-fiber, low-calorie diet throughout the study. Twelve weeks later, patients in both groups had lost weight, but researchers concluded that HCA failed to produce significant weight loss.

This natural compound found in all plants and animals has gained wide popularity as a muscle builder and weight -loss aid. Our cells produce pyruvate when we take energy from sugar, and some studies suggest that pyruvate supplements help burn calories.

Marketers claim Pyruvate is a natural alternative to prescription diet drugs such as phentermine and fenfluramine (phen-fen), but a recent report in the International Journal of Sports Nutrition calls such statements false and misleading. There’s no evidence that pyruvate comes anywhere close to matching the weight loss powers of prescription drugs.

In one of the few human studies of pyruvate, researchers at the University of Pittsburgh Medical Center found that over patients who took the supplements lost an extra 1.3 pounds over six weeks compared with patients who took a placebo.

You should also be aware that ingesting large amounts of pyruvate can cause intestinal distress, bloating, and diarrhea.

PPA. Short for phenylpropanolamine, PPA is the active ingredient in Dexatrim, Acutrim, and several other over-the-counter dieting aids. PPA was the most popular weight loss drug in the country, but it didn’t win that position with astounding results.

According to Robert Sherman of the FDA’s Office of Over the Counter Drug Evaluation, “even the best studies show only about a half pound greater loss per week using PPA combined with diet and exercise.” In October 2000, a panel of FDA advisers concluded that PPA was too dangerous to be available in over-the-counter products and called for makers to stop selling drugs containing it.

Medical experts point out that between 1965 and 1990, the agency learned of 142 serious reactions — including extreme spikes in blood pressure, headaches, strokes, and eight deaths — linked to PPA. Some of these victims overdosed, but two thirds took the drug as directed.

Comparability of different Varieties of Popular Approaches to Treat Pimples

Is the H1N1 vaccine safe?

Between meals there is always that urge to eat a snack. I can attest to the fact that I am always hungry so when I found this list of 50 snacks under … END_OF_DOCUMENT_TOKEN_TO_BE_REPLACED

A total of about 100 eating tips for a healthier lifestyle. These are a giant list of simple and easy eating tips that can help you live healthier … END_OF_DOCUMENT_TOKEN_TO_BE_REPLACED