The Chinese have used green tea to treat ailments for several centuries. Nowadays, Western culture is beginning to understand the benefits of green tea.

Recent research has revealed some of the health benefits of using green tea including the possible prevention of arthritis, cardiovascular disease, cataracts and also cancer.

Green tea is the most popular types of Chinese tea. Many people, consider it as the best drink for hot summers. The main reason for this claim is the fact that green tea is cool and fights off irritation. Many have even claimed that it relieves fever. 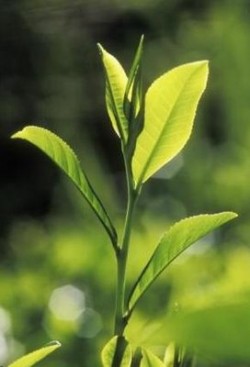 The health benefits of Green Tea have been known throughout the world, and are appreciated a lot more these days.

The Chinese have known about these medicinal benefits since ancient times, as they have been using green tea to treat everything from headaches to depression, and a long list of other ailments.

These benefits are because green tea is rich in catechin polyphenols, particularly the said epigallocatechin gallate (EGCG). EGCG is basically an anti-oxidant that has the power to fight and kill cancer cells without harming healthy tissue in the body.

Today there are numerous scientific researches conducted both in Asia and the West is providing hard evidences for the health benefits long associated with drinking green tea.

A good example is the Journal of the National Cancer Institute which published the results of an epidemiological study in 1994, indicating that drinking Green Tea lowers the risk of esophageal cancer in Chinese men and women by nearly 60%. The University of Purdue just recently reported its findings that a compound in green tea can help fight cancer.

Black tea has 102 mg polyphenols per 100 milliliters (mL), and green tea has 89 mg. both of these are really great.

Studies of humans and animals show that the antioxidants in black and green teas are highly beneficial to our health, says 82-year-old John Weisburger, PhD, senior researcher at the Institute for Cancer Prevention in Valhalla, N.Y.

“I’ve published more than 500 papers, including a hell of a lot on tea,” says Weisburger, who drinks 10 cups daily. “I was the first American researcher to show that tea modifies the metabolism to detoxify harmful chemicals.”

Studies also revealed that the anti-oxidant EGCG has been effective in lowering cholesterol levels, and hampering the abnormal formation of blood clots.

Catchins are one of the critical elements of Green Tea that makes it so good for you and these are often mentioned as the same thing as Polyphenols. In reality what you are looking for is mostly the Catechins in the Green Tea. A standardized green tea extract contains only about 30% catechins. So 300 milligrams of polyphenols may only contain 90 milligrams of antioxidants, not the 300 milligrams that you expect

The latter benefit takes on added importance for the fact that the formation of abnormal blood clots, medically known as thrombosis, is the main factor that causes stroke and heart attacks, thus making Green Tea very beneficial for one’s health and well being.