Having a daughter that suffers from Kidney disease means that I have done a lot of research into the causes and effects of different alternative therapies for Kidney disease.

Sadly, for us this is not an issue as Taylor has inherited a bad gene from both my wife and me, so most therapies would not work.

I have however found a lot of research showing that Ginger may be a great as a treatment for people suffering from some kinds of kidney disease as well as people with injuries to their kidneys. 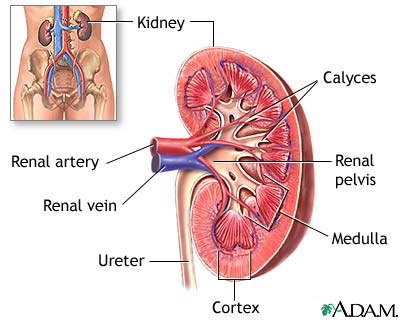 Experimental evidence exists for the potential benefit of ginger on kidney function. A study in “Renal Failure” in April 2004 examined whether ginger could preserve kidney function following ischemia.

Using an animal model, researchers clamped off the blood flow to the kidneys and then provided ginger as a dietary supplement to the rats. The investigators demonstrated that dietary supplementation with ginger offered significant renal protection by activating antioxidant pathways.

Investigators using animal models have also demonstrated ginger to provide protection from toxin-mediated kidney damage as can occur with chemotherapy or alcohol-induced damage.

A series of studies published in the journal “Food and Chemical Toxicology” examined the impact of the chemotherapy agents doxorubicin and cisplatin on renal function.

After analysis of the kidneys, the authors concluded that the antioxidant properties of ginger contributed to the observed protection.

Another study published in the “Indian Journal of Experimental Biology” in 2010 demonstrated a similar benefit of ginger on kidney function following an alcohol-induced injury.

Again, the authors found the antioxidant effects of ginger to be the primary mechanism of protection.

How to Use Ginger for Chronic Kidney Disease

I feel the need to stress that this is not any kind of mainstream treatment for Kidney Disease and, of course, your Nephrologist will probably laugh at you for trying this, but why not?

Ginger has been used effectively for gastrointestinal problems as major as colitis and as minor as motion sickness. It stimulates good digestion.

It helps alleviate congestion and minimizes mucous, even helping asthmatics. Various ginger extracts have been shown to improve cardiovascular health and circulation.

I have not used Ginger myself as a therapy, but I can tell you that in researching this info on the links between ginger and kidney disease I have found a lot of different stories and research that seem to show that ginger is a great way to keep yourself, or get yourself healthy

The Power of Vanadium For Muscle Recovery

1 thought on “Ginger for Recovery from Kidney Disease”