I just found a great research article on Vanadium. Vanadium is a trace mineral that we all get a little of in our diet.

I used to take Vanadium back in the early 90’s as it was supposed to promote better cell maintenance for training. I have not used it since but have found some more information on Vanadium today. 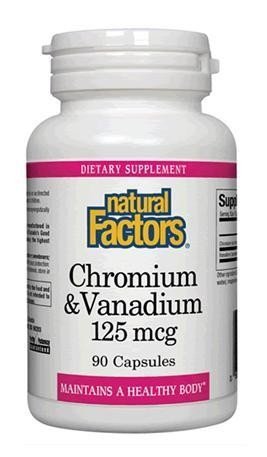 In one study of people with type 2 diabetes, vanadium also lowered their total and LDL (“bad”) cholesterol.

However, the dosages used in these studies were far above the tolerable upper intake level (UL), and scientists don’t know whether taking vanadium at those levels is safe — or whether it actually works. Other studies suggest that vanadium has no benefit on blood sugar levels.

Vanadium is sometimes touted as a sports supplement, but there is no evidence that it works to enhance performance. In fact, one clinical trial examining vanadium use in athletes found no benefit whatsoever.

What the article says is that with some infections such as e. coli and some others that taking Vanadium can reduce the time to recovery.

Besides taking Vanadium with Chromium

as a supplement you can also find it in black pepper, mushrooms, shellfish, parsley and dill seed.

Because of the varying amounts in foods due to concentrations present in soil, a food graph is omitted. The richest sources of vanadium are achieved through various oils, including specialized fats, vegetable and olive oils, soy, sunflower, and corn; all have been shown to provide a fair amount of this mineral.

Grains and vegetables also contain moderate amounts of vanadium. Sea foods, with the exception of herring and oysters, contain minute amounts and should not be used as a major food source contributor, for achieving proper daily intakes of Vanadium.

Some researchers have speculated that a vanadium deficiency may contribute to elevated cholesterol levels and faulty blood sugar control manifesting as either diabetes or hypoglycemia. Making things more difficult is the fact that vanadium exists in five different forms, with the most biologically significant being either vanadyl or vanadate.

Vanadium has been suggested to be a factor in manic depression, as increased levels of vanadium are found in hair samples from manic patients, and these values fall towards normal levels with recovery. Vanadium, as the vanadate ion, is a strong inhibitor of the sodium-potassium pump.

You should keep Vanadium supplements down below 500 – 1,000 mcg daily.

Ginger for Recovery from Kidney Disease