I looked through the archives of this blog and am surprised that I have not mentioned the glycemic index before. The glycemic index is basically the measure of how quickly a carbohydrate will be burned and metabolized by your body.

Looking at this example we would say that the sugar is a high glycemic food and the potato is a low glycemic food. 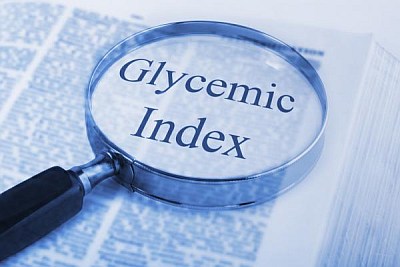 One of the decision points that I make when I eat is to try to make sure as many of the carbohydrates that I eat are low glycemic carbohydrates.

By taking in low glycemic foods I will have lower spikes in my blood sugar and should have a much more consistent energy level throughout the day.

This is a very tough thing to figure out initially but as you get the hang of the numbers it becomes easier.

Here are some foods and their Glycemic index values:

So now that you see this Glycemic index info what exactly is the Glycemic load? The amount of carbohydrate consumed affects blood glucose levels and insulin responses.

The glycemic load of a food is calculated by multiplying the glycemic index by the amount of carbohydrate in grams provided by a food and dividing the total by 100.

The concept of glycemic load was developed by scientists to simultaneously describe the quality (glycemic index) and quantity of carbohydrate in a meal or diet.

Where to find more on Glycemic Index and Clycemic Load


There are many books and websites that will give you numbers for Glycemic index and glycemic load of foods and I think that the best book for Glycemic index information is the GI Diet, a book that can be purchased just about everywhere.

There are a few diets that really concentrate on this info most notably the Zone diet and the GI Diet but I just look at this information as a guideline on how to eat not only focusing on the GI level or glycemic load level of a certain food but looking at my whole diet to decide how well I am eating on a daily basis.

BMI – What is the Body Mass Index?