Teenage obesity is fast becoming a ‘growing’ menace (pun intended). One reason behind it is that it is very difficult to handle and control the lifestyle habits of teenagers.

Teenagers always try to live life on their own terms since they believe that they are mature enough to take all important decisions of their lives.

Still, there are a number of ways you can make sure that your teenage kid is always fit and slim.

I hate stats and figures as much as you do. But if I want to portray the enormity of the epidemic called teenage obesity and how it is and will be affecting the American population. I need to mention some scientific figures to prove my point. 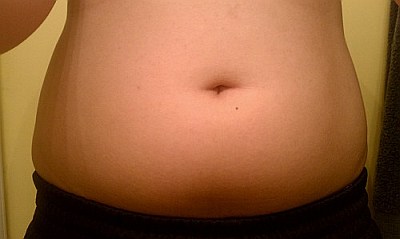 a) If the present trend of teenage obesity continues, almost half of the American population could become obese within the next 25 years.

b) It is also predicted that depending on their age, obese teenagers are likely to have health issues when they grow into adulthood.

For example, young teens are almost 25% likely to have healthy-related problems in adulthood, while for the older teenagers, this figure rises to about 80%.

c) Studies also point out that people who have been obese in their teens are three times more likely to die prematurely than others.

How to Help Avoid Teen Obesity

There are three main causes behind teenage obesity:

1. Poor eating habits: Teenagers tend to have influential minds, and the lifestyle they follow is often a result of several kinds of influences, domestic and non-domestic.

As far as domestic influence is concerned, a lot of it can well be attributed to their parents. When they see their parents enjoying burgers, chips, biscuits, cakes, pizzas, etc., they follow suit.

When they notice their parents gulping down a dozen cans of soda, why would they drink plain water?

Among non-domestic influences, the prominent influence is peer pressure. If peers are enjoying fast foods, your kid would most likely join them out of fear of being ostracized.

If your kid’s classmate says that it is cool to have soft dinks at lunch, he would most probably follow his suggestion.

Only parents can ensure that their kids follow healthy eating habits. As a first step, they should start eating healthy foods themselves.

They need to show their kids how much they enjoy eating organic fruits and vegetables. They need to kick off their junk food eating habits.

Believe it or not, the way you lead life influences your teenage kid’s lifestyle habits in a big way. If you follow healthy habits, your kid would surely imitate you.

Parents also need to make sure that their kids always have healthy foods at their reach; this would discourage them from eating junk foods from outside.

At breakfast, you should offer your kid a decent-sized meal that would keep him full for a long time.

Such a meal should be rich in protein, vitamin, calcium, carbohydrates and fats. You can include eggs, chicken, broccoli, tofu, soy, whole grains, nuts, etc., as part of the breakfast.

Be sure to pack your kid’s launch box with home cooked meals and strictly instruct him to eat only those foods at lunch and nothing else. If he doesn’t obey you, force him to eat his lunch at home before serving the dinner.

Just like breakfast, dinner should also consist of only healthy and low-calorie foods.

If your answer to all these questions is “no”, I regret to say that you have not really been a good parent. But you are not the only one of a kind.

Most parents make their kids eat junk foods because they are not only a cheaper alternative to home cooked meals but also save them time. Most parents would prefer watching television or gossiping rather than cooking meals at home.

If a kid is not made to taste healthy foods right from the beginning, if he is never taught to identify good and bad foods, it is only natural that he would continue with the unhealthy habits of his childhood right into adolescence and beyond.

If one has never eaten anything except junk foods as a child, it is not unnatural that he would develop a certain kind of distaste towards organic foods as he grows older.

These unhealthy eating habits are one of the primary reasons behind teenage obesity.

Changing is a teenager’s eating habit is a lot more harder than changing the food habits of a little kid. The only way you can change your kid’s eating habit is by changing your food choices first. When you become proactive at loss and fitness, your teenage kids would follow suit.

Your kitchen and refrigerator should be stocked only with organic foods; that way, you can make sure the whole family eats them more often than junk foods.

Eating organic foods is one of the best ways to keep your calorie consumption low. This, coupled with a little physical activity, would do good both to you and your adolescent kids.

2. Low activity level: A lot of kids gain because they hardly move their bodies. For fitness purposes, a body should always be kept in motion, for when a body moves, it burns fat and calories and makes you lose weight.

Another reason behind obesity is the influence of television. Television not only makes a teenager idle but also influences his mind with those attractive ads on junk and fatty foods. As a parent, it is your responsibility to make sure that your kids don’t watch television for a long time period.

You should encourage them to indulge in outdoor sports or at least take a walk outside.

So, you should discourage your kids from watching too much television and encourage them to indulge in outdoor sports such as tennis, basketball, or baseball instead.

No matter how much they pester you, don’t buy them video games or PSPs. Kids get addicted to video games pretty quickly and that would hinder their active life.

3. Genetic disorders: Some kids gain because of hereditary reasons. However if you thought there is no way out for your teenage kid, you couldn’t be further from the truth. Your kid would simply need to work a lot harder than others to keep the at bay.

Does Your Kid Hate Exercise? Here is a Solution.