Michael Jordan, even many years after retirement from a great pro basketball career still inspires us with a few quotes. 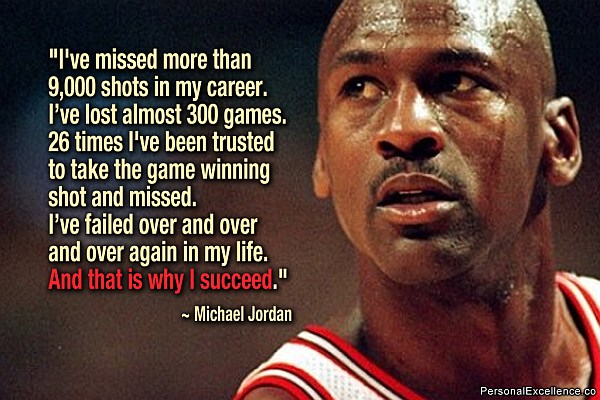 But realistically Michael Jordan made a lot of shots as well. He was in the NBA all star game 14 times, was on 6 championship teams, and was the league MVP 5 times coming in second another 3 times.

But, and this is amazing to me, Micheal Jordan was number 1 for missed field goals 7 times in his career. That is an amazing stat. This many years removed we can really see that the “greatest” Jordan, was mostly that becasue he refused to stop shooting.

It is really true. You have to take a lot of shots in your life. Some shots will go in and some will not but the more times you try the better your chances to make some too 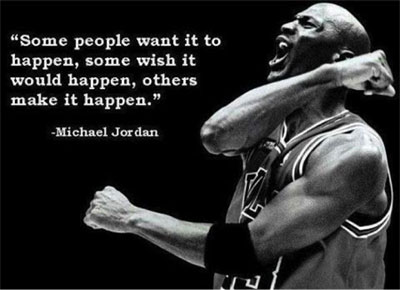 Michael Jordan On Making It Happen

What an amazing quote that this is. People can want and wish all day long, but you really have to get in the trenches, take the chances, to make it happen. What an inspiration this guy has been.

Making Changes in Your Head – How Lifestyle Changes Really Happen

Winter Weight Gain – Why Does It Happen And What Can We Do?

Between meals there is always that urge to eat a snack. I can attest to the fact that I am always hungry so when I found this list of 50 snacks under … END_OF_DOCUMENT_TOKEN_TO_BE_REPLACED

A total of about 100 eating tips for a healthier lifestyle. These are a giant list of simple and easy eating tips that can help you live healthier … END_OF_DOCUMENT_TOKEN_TO_BE_REPLACED