Mike Gales from Everlast offered this article as a way to teach us all about concussions and the healing of them. One nutrient can help a lot it seems.

Athletes are getting bigger, stronger and faster. Many reports have shown that concussions are on the rise and multiple concussions can have devastating long term effects. One of the major  problems that many athletes have is that they don’t even know when  they have been concussed. 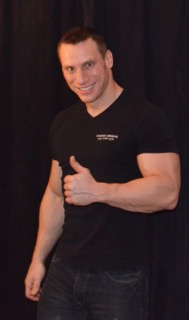 I will review whether DHA may be a worthwhile supplement but to that I will first cover some basic concepts.

What is a concussion?

A concussion aka mild Traumatic Brain Injury (MTBI) is a traumatic injury to your brain. This can result from a direct blow to the head or from a whiplash effect that causes the brain to move within the skull. When brain makes contact with the skull damage may occur.

Common symptoms include headaches, confusion, nausea, ringing in the ears and unconsciousness.

Sometimes the athlete may remain conscious and often may show no signs that they have been concussed. That is where a real danger comes in because that concussed athlete returns to play and may incur more damage.

There are studies underway that show that concussions may have detrimental long term effects on brain function. The chances of developing epilepsy are doubled.

An alarming statistic is that concussions have been on the rise over recent years. The athletes are getting bigger stronger faster and thus the impacts that  they endure are more severe.

Docosahexaenoic Acid is an Omega 3 fatty acid. These fatty acids are considered essential because your body does not produced them and as such they must be attained through your diet.

New neurological research is finding that supplementing with DHA may help with the recovery of concussions. If that is the case then then this could be hugely beneficial.

It could speed up the healing process for those athletes who have suffered a concussion. Many athletes do not know that they have been concussed and supplementing with DHA would be of great benefit to them by speeding up the recovery of the concussion that they were not aware that they had.

DHA may offer them a way to help safeguard against multiple concussions which is what produces those terrible long term effects on the brain.

Studies on The Effects Of DHA on Concussions

There have been many studies done that show the positive effects of omega 3 fatty acids on cardiac health.

There are some studies that are underway that show DHA may have great promise in treating certain brain injuries. The FDA has also said that DHA is generally recognized as safe and shows no harmful side effects.

The only concern comes from the source of the DHA.

Like I said fish are a great source of omega 3 fatty acids. The problem that we find in our current environment is that consuming huge amounts of fish may increase the ingestion of certain toxins. Thus it may be much more prudent to consume Omega 3 fatty acids from DHA which is derived from algae (plant source).

Why use a  DHA supplement?

A Key point is that ½ of athletes that participate in higher risk sports such as hockey, football, soccer ,MMA , Boxing etc. do not realize that they have been concussed.

On a personal note I have been a boxer since I was a teenager. I often participate in sparring sessions with world class opposition.

DHA shows great promise in healing and protecting against concussions. It also shows the benefits of improving cardiac and ocular health. It also shows no ill side effects. In summary, there is only potential reward and no risk for supplementing with DHA. The very first rule of Boxing is to “protect yourself at all times” and DHA offers the potential to help me do exactly that.

Protect yourself at all times with Brain Armor.

Michael Gales has a B.Sc. in Exercise science and has worked for many years in the fitness industry as a nutritional and supplement expert as well as a certified strength and conditioning specialist (CSCS). He has also been a professional athlete, amateur boxer and currently works for Everlast Nutrition as an expert fitness consultant, also affectionately referred to as  ‘Head Trainer’ for Everlast Nutrition.

Krill Oil Supplement for me

A total of about 100 eating tips for a healthier lifestyle. These are a giant list of simple and easy eating tips that can help you live healthier … END_OF_DOCUMENT_TOKEN_TO_BE_REPLACED

Is it possible for a dieter to drink beer without getting a beer belly? Good news: Yes (with the right low calorie beers)! Bad news: No you … END_OF_DOCUMENT_TOKEN_TO_BE_REPLACED

I was told about this guy on YouTube called Alpha M a couple months back, his name is Aaron Marino but I love that he uses the name Alpha M as it … END_OF_DOCUMENT_TOKEN_TO_BE_REPLACED

Almost everybody in the world wishes for greater health, vitality, and stamina. The problem is that very few people are willing to take the simple … END_OF_DOCUMENT_TOKEN_TO_BE_REPLACED