I remember last July and the launch of Pokemon Go. It was a big deal for my son and I and over the few weeks after it certainly got more popular in our house as my wife started playing as well.

A few month later though and the popularity has definitely waned. For my son and I the game is still fun, but while living in an area with very cold winters (Alberta, Canada), we do not walk nearly as much now.

A very interesting study came out related to exercise and Pokemon Go that I believe is a microcosm of any kind of exercise change.

How Pokemon Go Increased Exercise in 2016

When Pokemon Go was released the idea was that people from everywhere would increase their walking to go to Pokestops and to find Pokemon in the wild. In our house it initially led to walking, then to bike riding to cover more distance, and finally for my son and I we would go for walks in more urban areas like Calgary. 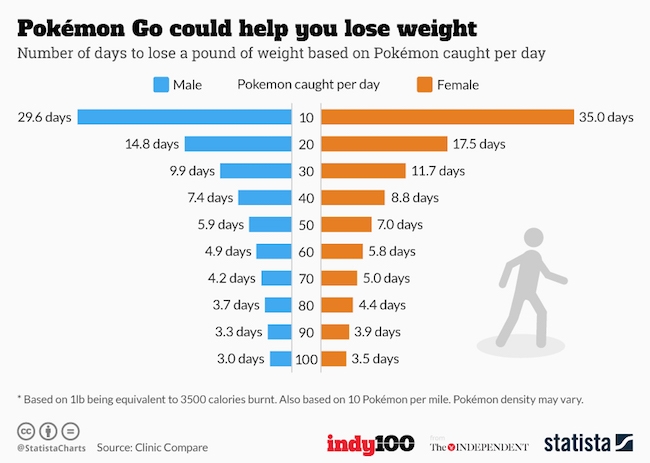 I suspect that for many people the game was initially exciting and then after a few weeks they reached a tougher level and just gave up the game.

A study has been done by researchers at BMJ, the British Medical Journal followed new Pokemon Go Players from 4 weeks before playing the game to six weeks after installing the game. The results were interesting to me, and maybe to you as well.

Sadly, to me anyway, the steps gradually dropped back to the previous average by six weeks after the game install. I suspect that this is really probably the attention span of the game.

What I would hope to see, that did not show up in this large study is that people would get used to the idea of being out and about and would start going on walks just for the experience and all the physical and psychological benefits of walking. Sadly, this did not happen.

What we learn from this study is that people can be manipulated by a game, or a popular pop culture event like this but it will not stick. Really the people that are involved with  game like Pokemon Go are the same in motivation as the average New Years resolution fitness person. 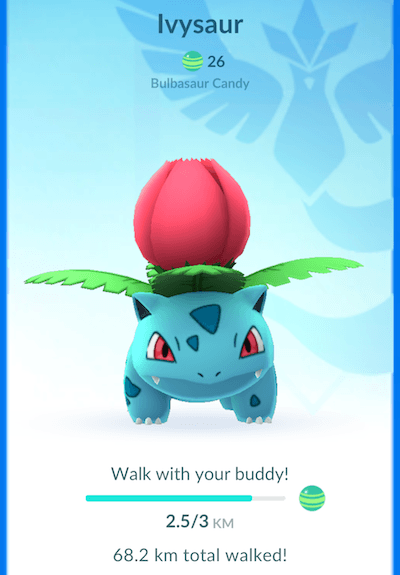 The fact is that after 6 weeks of waning interest after New Years Eve we find that gyms are back mostly to normal again.

So as a society there is little hope of changing this unless we all look at exercise as a very important part of our countries measure of success. I don’t see this as happening anytime soon as most people will say things like

For individuals though there is of course hope. Some people start making a change and it becomes ingrained in a changed lifestyle forever. Some people don’t drop Pokemon Go, my son and I as well as a few million others still play even if the majority quit.

What needs to happen is a recognition that the change is important to the individual. This is ingrained and is far more important than “I should exercise more” I find that for me as well as many others that I see at the gym (maybe I should ask), that there is a deeper need to exercise.

It is not simply to get in better shape or stay healthy but instead a fascination and quest to become a better person, to compete and improve ourselves. I will never win a Mr Olympia, I will never get in the NFL or likely even run a marathon, but I know that every day I am becoming a better and stronger version of my self, fulfilling my physical potential.

This is far from Pokemon Go but at the same time I think that we see hints all around us what people want to do and what people need to do for themselves.

Do you play Pokemon Go? Have you gotten that bug just like my son and I? I wish we could do more walking out but today is the warmest day in the last few weeks and it is still -15 with a strong wind creating an even greater windchill out, not nearly the nice weather for those long walks and talks that my son and I had all last Summer and Fall.

How To Create Weight Loss Goals You Can Really Stick To

Between meals there is always that urge to eat a snack. I can attest to the fact that I am always hungry so when I found this list of 50 snacks under … END_OF_DOCUMENT_TOKEN_TO_BE_REPLACED

A total of about 100 eating tips for a healthier lifestyle. These are a giant list of simple and easy eating tips that can help you live healthier … END_OF_DOCUMENT_TOKEN_TO_BE_REPLACED