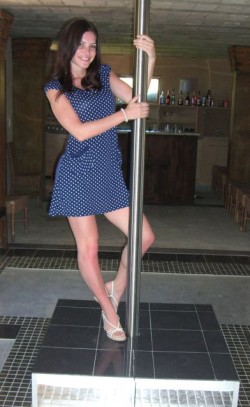 I have no idea if this is even a health or fitness article but I found it intriguing. Remember a couple or maybe 5 years ago when pole dancing was big and was not just for strippers but was actually considered a form of exercise? Gyms had classes, models had videos and guys and girls across America snickered?

Pole dancing has transcended the domain of strippers in perth and go-go girls to become a bona fide competitive sport  now with $10,000 in prize money.

Last week was the first of what organizers hope will become an annual Pole Superstar competition in New York City, with six finalists from Florida, New York, California and Utah taking to the pole in what’s sure to be an acrobatic extravaganza.

‘All of the girls come to the stage with different styles,’ explains Diane Passage, the founder of Pole Superstar. ‘Some are more athletic, some are more dance-oriented, but all of them are extremely sexy ladies.’ said one of the organizers (likely a lifetime fan of the sport)

The group was inspired by the pole dancing exercise craze, which has gathered steam nationwide in the past seven years through exercise studios. Stripper Poles are now found in gyms all over the US.