Q: It’s already bad enough that I have to quit smoking, and now I have to fight weight gain. That’s not healthy, either. Isn’t that like giving up one bad habit for another? Is there something I can take to prevent this?

A: It is very common to gain weight after you stop using tobacco. It may help if you understand why.

First, smoking cigarettes creates an oral fixation. When you remove the cigarettes, that oral fixation remains. Tobacco also suppresses the appetite and decreases both taste and smell.

When you stop using tobacco, your appetite and sense of taste and smell come back with a vengeance. The result is that food usually becomes the focus, and that increases the amount of calories you eat.

Second, your body has been accustomed to smoking a certain number of cigarettes per day. Each time you smoke a cigarette, your heart rate, blood pressure and respiration increase and the effect is almost equal to walking up one flight of stairs per cigarette.

If you stop smoking cigarettes, you are no longer getting the temporary increased metabolic effect of walking up those flights of stairs. Now you are burning fewer calories on a daily basis.

This is The Reason for Quiting Smoking Weight Gain

No wonder there is a weight gain. How do you combat this? Try some of these tips:

Exercise. People usually won’t eat during exercise and for a period shortly before and after exercising, so this distracts you from your oral fixation and also burns calories. Now is the time to run those flights of stairs for real.

Have low-calorie snack foods easily available. Pre-slice carrots, celery and bell peppers and store them in the fridge. Have fresh fruit in baskets. Try licorice, sunflower seeds, and sugarless gum or candy.

Have A Plan When You Quit Smoking

Have a plan of distraction for when the urge hits. Get a hobby if you don’t have one. For instance, when you get the urge to give in, plan on calling a friend, taking a walk, cleaning, knitting, writing a letter, washing the car or similar activities to divert your thought pattern. Usually after five minutes the urge will subside.

If you falter, don’t beat yourself up. This can cause you to cover up the bad feeling with food or rely on tobacco even more. It can end up as a vicious cycle. Forgive yourself and move on.

Remind yourself that after three days, the nicotine addiction is basically over. The urgent feeling to revert to tobacco comes from the emotional habit to use tobacco, not the chemical addiction.

Better Over Than Smoking

As far as replacing one bad habit with another goes, being over is the lesser of the two evils. Far more health risks are associated with continued tobacco use. The average gain after quitting smoking is 10 pounds, which can be tackled later when you have “kicked the habit.”

Unfortunately, there is no pill I would advise you to take to prevent gain. It is just going to take willpower and persistence.

Weight gain may be tough to overcome, but when you do, it just makes success that much sweeter.

The Kickstart Guide to Gaining Weight: How to Gain Weight the Healthy Way Review 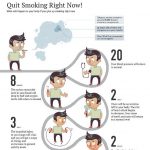 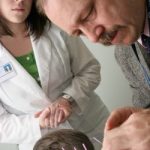