You know Dwayne Johnson? The Rock? He used to be a pro wrestler, now has a TV show called The Hero, and is making a movie called Hercules – The Thracian Wars.

Last week he posted his bulking up diet on Twitter and it is crazy! 7 meals a day a ton of meat and carbs. Check this out! 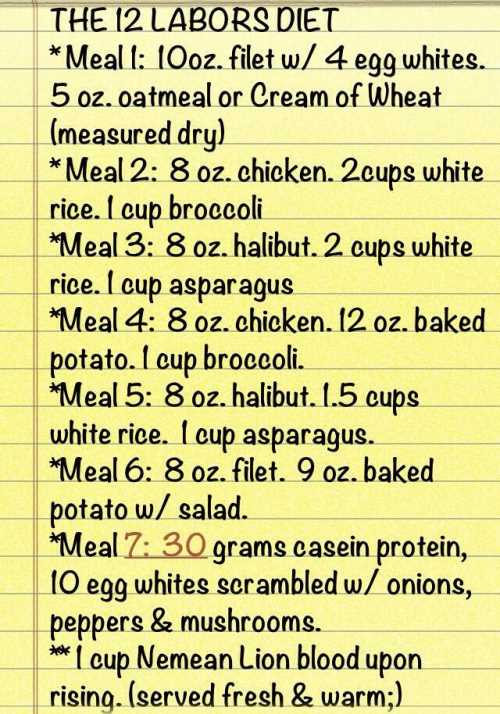 That is a lot of food. and the Nemean Lion Blood? I was wondering about that and searched and it is just an in joke about the Nemean Lions that were supposed to have blood that would be poisonous.

Anyway if you have been watch The Hero TV show you have probably noticed that Dwayne Johnson is even bigger now than ever. He is certainly lean and very very muscular so that diet and exercise seem to be working really well together

Paleo Diet Food – What to Eat on the Paleo Diet