Vitamin D is found in many dietary sources such as fish, eggs, fortified milk, and cod liver oil. The sun also contributes significantly to the daily production of vitamin D, and as little as 10 minutes of exposure is thought to be enough to prevent deficiencies. The term “vitamin D” refers to several different forms of this vitamin 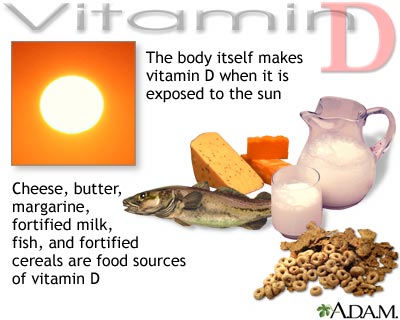 The major biologic function of vitamin D is to maintain normal blood levels of calcium and phosphorus. Vitamin D aids in the absorption of calcium, helping to form and maintain strong bones.

Vitamin D helps your body absorb calcium, which your bones need to grow. A lack of vitamin D can lead to bone diseases such as osteoporosis  or rickets. Vitamin D also has a role in your nerve, muscle, and immune systems.

If you are concerned that you are deficient in Vitamin D then a blood test can be done which measures Serum 25-Hydroxy vitamin D levels.

The primary way that people become deficient in Vitamin D is by not getting enough sun or by having the body block the creation of Vitamin D (Did you know that your body creates it’s own Vitamin D?).

Pregnant women or women that are breastfeeding as well as people that wear a veil or other bodycovering outside as well as people taking carbamezepine, phenytoin, primidone or barbiturates are the most at risk of being low in Vitamin D.

There are a few signs of vitamin D deficiency, mostly a sense of tiredness and muscle soreness or weakness and bone and joint soreness are the most common.

But in kids low Vitamin D can manifest as severe athsma as recent research has found. And also in kids it is critical to find this deficiency as it can lead to bad bones and late teeth as well as soft bone tissue, and we all know how much kids want to run around and play!

Populations who may be at a high risk for vitamin D deficiencies include the elderly, obese individuals, exclusively breastfed infants, and those who have limited sun exposure. Also, individuals who have fat malabsorption syndromes (e.g., cystic fibrosis) or inflammatory bowel disease (e.g., Crohn’s disease) are at risk.

How to Get The Vitamin D That You Need

You can get vitamin D in three ways: through your skin, from your diet, and from supplements. Your body forms Vitamin D naturally after exposure to sunlight. However, too much sun exposure can lead to skin aging and skin cancer. So many people try to get their vitamin D from other sources such as food and Vitamin D supplements. You need to get anywhere between 200IU to 600IU of Vitamin D a day with the amount increasing as we age.

Vitamin D-rich foods include egg yolks, saltwater fish, and liver. Some other foods, like milk and cereal, often have added vitamin D supplement for a healthier body.

You can also take vitamin D supplements. Check with your health care provider to see how much you should take. People who might need extra vitamin D include

In a not very scientific survey I have personally found that many women are very deficient in Vitamin D. My wife and some of her friends have had to supplement a lot of Vitamin D just to try to catch up

Vitamin D Deficiency Can Be Deadly

100 Eating Tips For A Healthier Lifestyle 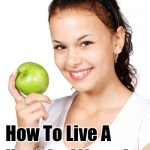 100 Eating Tips For A Healthier Lifestyle 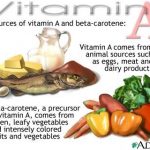