I know I have mentioned my street hockey before. But today was the last game of the season for my team, we lost a close game against a very good team and for that I can’t complain. I do have some post season thoughts about how I did and what I learned this season.

Things I learned from Street Hockey 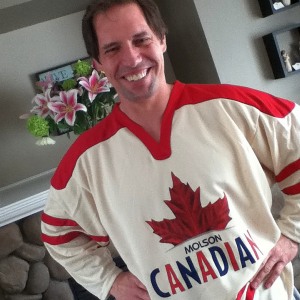 Listening to my team mates – One of my strengths in playing street hockey is doing what I am told. I do not have a lot of experience playing hockey even though as a good Canadian I have watched lots of hockey over the years. The truth is that most of the guys I play with are better strategically than me. I refused to think that I knew what was best and knew that listening to more experienced guys helped me play a lot better.

Do you listen to others that have your best interests in mind AND that also know more than you?

Play My Position – I played a position called rover this year. In this position I had to make sure that I was defending when the pressure was on and pushing forward when we were attacking. I defended ok but my real problem was not moving forward quite enough. I was worried about defending more than scoring.

Do you know what you should be doing right now. Are your fitness actions today leading to your goals? Are you doing what has to be done for yourself right now?

Having My Own Bag of Tricks – We all want to be super versatile and be the best at everything but that is not always possible. This year I tried to make sure I had some basics that I would ALWAYS do. I would always play a man, I would always clear the puck if there was any pressure, I would force the player on the other team to get by me or shoot.

Do you have any basics that you rely on? A regular workout, cardio method or meal plan, that you can fall back on if you are not sure or have the energy to make good decisions one day?

Keep Shifts Short, Rest Between Shifts – One of the problems that I have always had is that I will stay out until I am exhausted and then I would not be ready to come back strong when my shift was up again. I was able to dial back my time on the street with shorter shifts and between my team mates and I we got a flow of fewer minutes in and out and we were still strong at the end of the game.

Are you pushing your workouts hard but then resting enough? Are you getting great rest everyday so the next day your have a full tank to workout?

Hydrating Very Well before and During the Game – Last year I struggled with headaches and energy after my games. I would push and push and sweat way too much and not get the water back. I was relying a bit on Gatorade after games. This year I started drinking water in the morning and through the morning and the noontime game. I was much better hydrationwise and had better energy because of it.

Do you drink a lot on your workout days to stop any chance of dehydration?

I know that I am not the best player out there in the street hockey alley but I do know that I prepare, try, and listen as best I can. I have a lot of stuff to work on in the off season now to make sure that I will be even stronger and smarter next season than I was this season.

What I learned from my Skateboad Injury

Between meals there is always that urge to eat a snack. I can attest to the fact that I am always hungry so when I found this list of 50 snacks under … END_OF_DOCUMENT_TOKEN_TO_BE_REPLACED

A total of about 100 eating tips for a healthier lifestyle. These are a giant list of simple and easy eating tips that can help you live healthier … END_OF_DOCUMENT_TOKEN_TO_BE_REPLACED