Xenical is a very popular prescription fat inhibitor that has been on the market since 1999. Now the company that is making Xenical, GlaxoSmithKline is trying to get approval for another pill, Alli for over the counter purchase. The big pitch by GlaxoSmithKline is that this product has half of the active ingredient of Xenical. The active ingredient in both Xenical and Alli is orlistat. Although the product is not approved yet the over the counter approval may happen in as little as six months.

How Good is Orlistat

Reports of the usefulness of orlistat is mixed at best. In six-month clinical trials, obese people who took orlistat lost on average 5.3 pounds to 6.2 pounds more than did those who were given dummy pills. Glaxo wants people to use the pill for only six months at a time, but as an over-the-counter item, its use could not be policed.

Alli could cost consumers $12 to $25 a week, Glaxo said. The company estimated 5 million to 6 million Americans a year would buy the drug over the counter. Those numbers could mean at least $1.5 billion a year in retail sales. More than 22 million people worldwide have used orlistat in prescription form.

On Monday, FDA panel members questioned whether consumers would be able to distinguish Alli from non-approved dietary supplements also sold as -loss aids. They also expressed concern about its effect on vitamin intake. Half of the patients enrolled in trials of the drug failed to understand labeling directions that they should take supplemental vitamins at least two hours before or after using the pills.

When taken with meals, orlistat blocks the absorption of about one-quarter of any fat consumed. That fat — the equivalent of about 150 to 200 calories — is passed out of the body in stools, which can be loose or oily as a result. Other side effects include gas, incontinence and oily spotting. About half of patients in trials experienced such side effects, the company said. 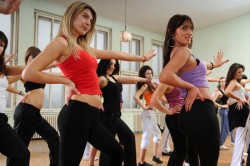