Bodybuilders and other athletes who want to develop significant muscle mass often take supplements that support protein synthesis and build bigger and stronger muscles. Steroids help build muscles but they can have negative effects and their use may even be illegal. Individuals looking for a better and safer option often use Beta Ecdysterone. This bodybuilding supplement is available from the Brain and Body Supplements company in bulk powder form and comes in 30-gram packs. With no known side effects, Beta Ecdysterone is rapidly becoming the popular choice of people who want maximum muscle growth in a short span of time.

What is Beta Ecdysterone 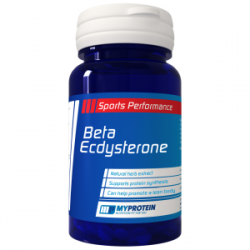 Beta Ecdysterone is a phytosterol or plant sterol that is steadily gaining popularity as a supplement for bodybuilding and muscle building. It stimulates protein synthesis which leads to increase in muscle mass.

Beta ecdysterone is classified as an ecosteroid, or a naturally-occurring steroid-like compound. Commercial ecdysteroids are often derived from plants such as Leuzea carthamoides and Brazilian ginseng. Because of its powerful anabolic properties, Beta ecdysterone is often included in nutritional supplements to promote muscle growth and gain without negative hormonal effects. It is considered a natural alternative to steroids.

Who Should Consider Taking Beta Ecdysterone?

Beta ecdysterone is believed to be of benefit to anyone who wants to develop significant amounts of lean muscle mass quickly, thanks to its positive effects on protein synthesis. Men who find it difficult to build bigger and stronger muscles can benefit from this product.

It can improve athletic performance and strength naturally. Beta ecdysterone is a popular supplement among bodybuilders who want to increase their muscle growth.

Beta ecdysterone is of particular interest to body builders, especially those taking protein supplements. By stimulating protein synthesis, which is muscle growth at the cellular level, bodybuilders are assured that the extra proteins they consume are being used to build bigger muscles.

What Can Beta Ecdysterone Do For You?

There are many benefits offered by Beta ecdysterone. Some of them are anecdotal but others are supported by scientific studies. Here’s a look at some of its benefits:

Beta ecdysterone is safe in supplementation dosages of 5 mg per kilogram of body per day, or 350 mg for a 70-kilogram individual. Nutritional companies use much lower dosages (50-90 mg), which may not offer the muscle-building benefits that people want. Using Beta ecdysterone in bulk powder form provides the means to consume the amount you need for optimum muscle growth.

There are no recorded negative side effects or hormone interactions. It does not cause liver toxicity or high blood pressure. Overall, Beta ecdysterone is a safe, natural, non-toxic supplement for rapid muscle growth.

Customers who took this supplement are excited to report that they experienced a dramatic increase in strength and muscle growth. They say that Beta ecdysterone supplement allowed them to lift heavier weights. One customer who used it with creatine reported that he gained 12 pounds in only 4 weeks. He noticed an increase in muscle development while reducing body fat, leading to cuts and definition. Results are visible in only a short amount of time.

Users of beta ecdysterone recommend taking this supplement with high quality proteins in order to get maximize muscle growth. There were no reports of any negative side effects.

Although this supplement is deemed safe, pregnant or nursing women should not take Beta ecdysterone. Those suffering from high blood pressure should also refrain from taking this supplement.

Beta Ecdysterone in bulk powder form (30 grams) is recommended for anyone who wants to bulk up quickly in a safe and natural way. You can find the best offer on this product from Amazon.

Critical Points To Remember When Trying To Bulk Up

What to look for in protein powder