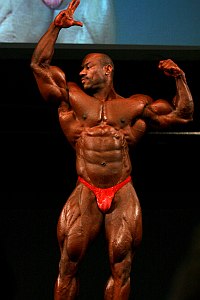 I used to do a lot of really heavy lifting, nothing like a pro bodybuilder, but have always been impressed by the Mr Olympia. Last weekend the Mr Olympia took place and Dexter Jackson won the Sandow (Mr Olympia trophy) and the title as Mr Olympia 2008.

Dexter has been a very high level bodybuilder for many years first placing 9th in the 1999 Mr Olympia so it has taken him until his 10th Olympia to win one.

There are many many bodybuilding contest but the Mr Olympia has overshadowed all of them except maybe the Arnold Classic, which is a contest sponsored by Arnold Schwarzenegger. Even the Mr Universe, which was popular in the 1960’s and 1970’s, does not have nearly the hype surrounding it as the Mr Olympia has.

The local sports shows as you may have noticed do not seem to talk about bodybuilding or this contest although there are a lot of hardcore followers that knew exactly what was happening this weekend in Las Vegas.

In the history of the 43 year history of the Mr Olympia there have only been 12 winners. Bodybuilding seems to build it’s sport on individuals becoming legends like Arnold Schwarzenegger, Dorian Yates, Ronnie Coleman and Lee Haney.

So what does it take to be in the kind of shape that it takes to be a Mr Olympia competitor? This is one sport that is based completely on exercise, eating and rest with most of the top bodybuilders working out two hours twice a day 6 days a week and eating six huge meals a day. Some of these guys are eating up to 15,000 calories a day in the off season. 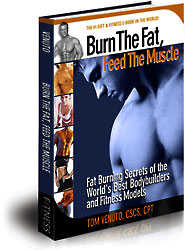 When it is time to get ready for competition a bodybuilder will have to try to keep all that new muscle while at the same time losing almost every pound of fat to the point that they are taking diuretics to lose every bit of water that they can for the day of competition. This bodybuilder will be doing hours of cardio everyday and eating lots of small very lean meals.

How to build a V Taper