There is a nutty story making the rounds today about a woman that drank hand sanitizer, you know the stuff that you rub on your hands as a disinfectant.

The people in the know about how to find alcoholic beverages in strange places apparently know that hand sanitizer is mostly alcohol…and probably do not care that it is very dangerous to drink.

The 49-year-old Maryland inmate seemed seriously sick after he drank from a gallon-container of hand sanitizer. Described as “loony,” “red-eyed” and “combative,” officials whisked him to a nearby Baltimore hospital for treatment.

But they quickly discovered he wasn’t ill — just very, very drunk on Purell. 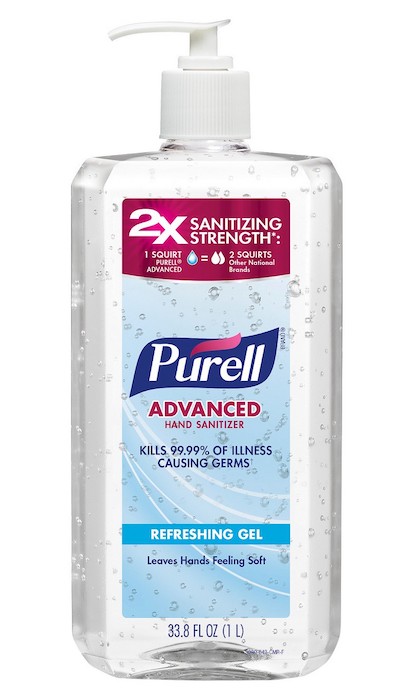 The October incident, detailed Wednesday in the New England Journal of Medicine as one of the first documented cases of its kind.

It has raised questions about the potential abuse of alcohol-based hand sanitizers by teenagers and other at-risk groups. This doesn’t mean that you can’t use sanitizer beyond its expiration date.

Its effectiveness and stability will be well beyond its expiration, although over time the alcohol (active ingredient) in the sanitizer will evaporate and its concentration will fall below its original (typically at least 60%).

Technically then the bottle has expired because it has fallen below its stated value of antibacterial properties. Although this process can take many years and by then you’ll probably have bought a new bottle! A hand sanitizer is a device that can be used to reduce the spread of diseases.

“The widespread use of hand sanitizer is fraught with a great deal of danger,” said Suzanne Doyon, medical director of the Maryland Poison Center, who co-authored a letter in the journal about the case. ”

From an infection control perspective they are excellent, but there is this risk involved.”

Purell, which is 70 per cent alcohol, is far more potent than conventional drinks such as beer (five per cent), wine (10 per cent) or hard liquor (40 per cent)

Since the October incident, the Maryland Poison Center has received reports from five or six other adults in the state who consumed hand sanitizer because “they were looking for a buzz,” Doyon said.

A spokeswoman for Johnson & Johnson, the maker of Purell, said when used as directed, Purell is “safe and effective.”

How much water to drink

How to Prevent Bad Breath