I just ran across a story on the NBC New York TV station site about how Erik Chopin has turned his life around again after winning the Biggest Loser Season 3.

Erik Chopin, 40, was the toast of reality TV in 2006.  He won “The Biggest Loser- Season 3,” dropping more than 200 pounds from his original of 407.  He walked away with a cool quarter-million dollar prize.

But the father of three’s struggles with food didn’t end there.

“I kept the off for about a year and a half and then I lost my way,” said the former deli owner at his West Islip home.

Chopin’s climbed back above three hundred sixty pounds.  When “The Biggest Loser” reconnected with him for a “Where Are They Now?” special in 2009, he took the booby prize as the contestant who gained all his back.

This time, however, Chopin didn’t stay on his couch.  He returned to the lessons learned on the NBC show and now, a year later, has dropped about a hundred twenty pounds.

“This time, I think I got it,” said Chopin.  “The thing I finally learned is that it is a lifetime commitment.”

Preaching about that commitment to others is the goal of a new venture teaming Chopin with “Biggest Loser” 2009 finalist Tara Costa.

Erik and Tara Start The Great You

They call it “The Great You.”  In effect, the two will serve as “life coaches” for those battling the bulge.  Their clientele, they say, are those “who have lost hope.”

“When you’re so big and feel like you don’t fit in, it’s like you have nothing left,” said Costa, of Bethpage.

Costa proved she had a lot left, going from close to three hundred pounds to about one hundred sixty today.  She even won this year’s “Biggest Loser” triathlon and is pursuing a master’s degree in physical education.

You can read more at the NBC New York site. 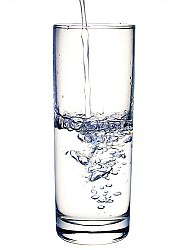