What the heck is this? A woman in New Jersey wants to gain 400 pounds so that she can get up to 1000 pounds. Why would anyone want to do this to their body? My gut tells me to watch my and I feel sooo much better when I am active and improving my fitness. This lady seems to have a crazy goal that is so outrgeous that it made the front page of the Yahoo news site.

The news of the New Jersey woman who wants to weigh 1,000 pounds is making its way around the globe. When I read it, it just made me very sad.

Zoya (Flare)Donna Simpson, a 42-year old mother who now weighs approximately 601 pounds, has her sights set on seeing the scale hit four digits. She previously earned the Guinness Book of Records title for being the world’s biggest mother when she gave birth in 2007.

Simpson said her strategy to add includes reducing her activity as much as possible and consuming more food.

What is heart-breaking is that Simpson is mindful enough to have a plan to gain 400 pounds but doesn’t seem to factor in how that impacts her young daughter and 14-year old son. Although she says that “running after my daughter keeps [her] down,” she already relies on a motorized scooter when shopping.

What will happen when she is completely bedridden due to her size and the inevitable medical complications that come with less and less activity and more and more ? What will happen to the children left with that legacy if her mother does not survive her own pursuit of the 1,000 title? What are these children learning too early about misplaced ambition, well-being, self-care, and just staying alive?

It also saddens me that someone who clearly has drive would use it in such a self-destructive manner. Reading her quotes, so full of disillusionment, feels the same as watching addicts suddenly run away from the treatment facility on “Ceberity Rehab” or seeing a famous athlete accused of countless infidelities deny, deny and deny some more.

Her habit — or action item on her plan, as she may now see it — reportedly includes spending
$815 a week on groceries and consuming as much as 70 pieces of sushi at a time.

It’s unfathomable, even to those of us who have had times when our own sense of portion size and food spending has been far out of the healthy range.

But before we get too judgmental, about a someone that wants to be a 1000 pound woman consider that Simpson is clearly being enabled by the public. According to Daily Mail, she currently earns some income by running a site where male viewers pay to watch her eat and wash herself.

It seems that something radical is called for to help this woman who is now getting the attention I fear she seeks. I just hope that there is someone out there who can get through to her and soon. Not just an intervention for her, but for the small, vulnerable child and teenager caught in the middle of all this sadness and unhealthiness.

The Future of Wearable Devices

How to Lose a Pound 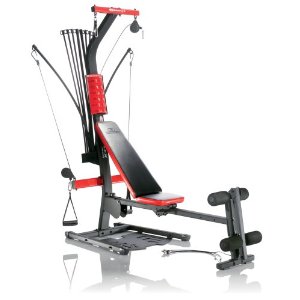