I found a couple of posts around the internet that spoke of a study at McMaster University that showed that hard exercise for a shorter period of time is better than a long workout at a lower level of intensity. I found the article at the Journal of Physiology but you really need to be a scientist to decipher what they have to say.


When it comes to cardio exercise, less appears to be more.

In the two-week study, published in this month’s issue of the Journal of Physiology, 16 college-age men, all recreational exercisers, were asked to exercise on stationary bicycles three times a week. 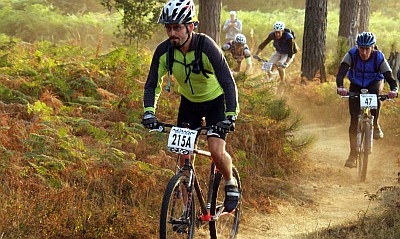 One group cycled for 30 seconds all-out, followed by four minutes of recovery, or pedalling at a slower speed while keeping the heart rate somewhat elevated. They repeated that several times for a total of about 20 minutes a day. The other group cycled at a moderate pace for 90 to 120 minutes a day.

At the end of the study, the men’s muscles were tested for an enzyme that’s “an indicator of the muscle’s ability to use oxygen,” says lead author Martin Gibala, associate professor of kinesiology at Canada’s McMaster University. In both groups, the enzyme level increased by about 25% to 30%. He adds, “You can think about that as being able to produce energy more efficiently, being able to go at a faster pace and exercise longer.”

Gibala expected to see some improvement in both groups, but he says the neck-and-neck results were startling. “We’re still wrapping our heads around the magnitude of improvement in the interval group.”

Interval training, alternating between bouts of high-intensity work and recovery  has long been a technique used by athletes and physical therapists, but it’s been slow to find an audience among average exercisers. Most prefer running, walking or using cardio equipment at a reasonable speed for about half an hour or more.

For years, doctors and fitness experts have recommended the 30-minute-a-day, sensibly paced workout not a bad prescription but perhaps not the most efficient way to improve heart health and stamina.

“We’re not saying the current guidelines are not well-founded or that people shouldn’t do them,” says Gibala, “but at least 50% of the population is not following them. So if we can provide an option that’s science-based that can achieve results in less time, that’s not a bad strategy.”

With less intense workouts, “you don’t have the pain of lactic acid,” says Michael Bracko, sports physiologist and director of the Institute for Hockey Research in Alberta, Canada, referring to the burning sensation some feel when maxing out their muscles. “Getting on the cardio machine and going is just easier.”

But high-intensity interval training is the preferred method of those who play pro hockey, football, volleyball. “Anything where they’re at a very high intensity for a short period of time, followed by a long rest period, it’s the way to train your cardiovascular system,” Bracko says.

For those interested in training like the pros, Gibala suggests starting with an effort that’s harder than what you usually do. “If you’re walking around the block, double your pace until you’re a bit more winded than usual, then back off. Start pushing the intensity that way.”

Bracko says runners can alternate between 30-second sprints and two-minute jogs, and apply the same principles to cardio equipment such as elliptical trainers or stair climbers. Hills and stairs provide challenges for runners too. “That,” he says, “is inherent interval training.”

The Value of METs in Weight Loss Workouts