Setting short term weight loss goals is very important. A couple of nights ago I was watching a fitness show filmed out of Vancouver called the Last 10 Pounds Bootcamp, and it really got me thinking about goals that most people have for their fitness. 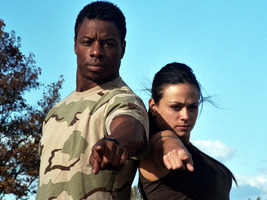 The girl on the show this week was going with some friends to Los Angeles and wanted to fit into a new dress for the trip. In the end the girl did lose the and looked great after losing 10 pounds.

The show really illustrates the power of short term weight loss goals. The reason that the show got me thinking is because most of the time we hear about people with really long term goals.

Lose 50 pounds, lose 100 pounds, run a marathon, completely clean up your diet. What if instead we got shorter term goals that we could achieve quickly, easily, and repeatably?

Of course all of us that have tried to complete a goal have been able to make these long term plans but I am suggesting that you make no plan for change that takes more than a month.

Why not make a few goals not for the next month and then after you have achieved, or almost achieved your short term goal you can go and make another similar goal.

If you have a very large dramatic life changing goal it is going to be hard to keep up the work it takes to attain your goal if it is going to take three years or something so instead I suggest you break down that life changing goal in to a smaller goal, maybe a short term weight loss goal, that you can still get excited about and you can then work towards this bite sized chunk and then slingshot yourself to the next goal on this success.

My wife has always said that she wants to lose 100 pounds. If you saw a pic of my wife I am sure that you would agree with me that there is no way that she can lose 100 pounds but she could probably lose 30 if she wanted to.

I have seen up close how my wife, although well meaning has struggled with temptations, occasional lack of motivation and sadness because she has set her self up to a goal that is to big to easily see the end of.

If I could have her just see the end of the month or maybe by now the end of December and no later then she would have a lot more success.

If you are having some struggles try this idea of looking at where you are today and where you want to be in a month and see if you can do this instead. These short term weight loss goals are the real secret to continuing on your diet.

Setting goals for a new you