I remember as a kid and then as an adult that people talked a little bit about ADHD (Attention Deficit Hyperactivity Disorder) and how it was all about kids being “hyperactive”. When these kids were diagnosed as having ADD or ADHD they would be put on some kind of medication, usually Ritalin or Adderall and that seemed to fix them up.

A few years later I heard of some parents trying to stop their kids from being medicated.  Your kids are always looking to discover new things and get involved with them. On the other hand, being kids, it can be hard for them to have laser-like focus and concentration in any particular activity that they undergo.

The rule of thumb is that a kid’s focus and concentration span is 3-5 times of their age. So if a child is 3 years old, the attention span is about 15 minutes max.

As a parent, you don’t want your children to have poor focus or concentration instilled in them. Whether it’s doing homework or playing games, they should be focused on the task at hand.

Not many kids adore doing schoolwork while others battle to finish it with any excitement. In addition, it is good for your kid to have a good habit of defining an objective like setting a certain goal or milestone before they can go off and play or have a snack.

Make sure they the quality of their work isn’t compromised just for the sake of finishing it quickly. It is also advisable to remove digital devices, so that your children can become more focused.

1. My son/daughter is fine, kids are supposed to have energy and they aren’t being harnessed in the right way

2. The medication has changed my child and he/she is not the same, just doped up and quiet all the time.

Both of these excuses were true and over the years the number and percentage of kids taking ADD medication has increased greatly. 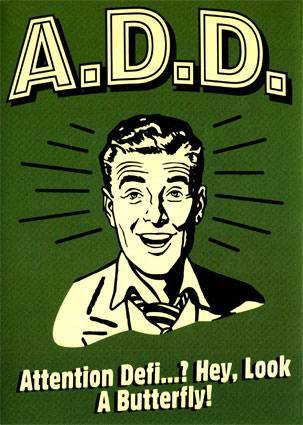 Then somehow adults got pulled into the mix. Parents of kids taking these medications would try them and found that their ability to concentrate was increased. Energy, attitude, and productivity all increased.

And a new market for ADD treatment was born.

Well something has changed over the last few years. We have more sources seeking our attention from the media, workplace, school, internet, and TV just to name a few and because of this our brains have looked at attention differently.

Where we used to analyze information over a few minutes years ago  now we have to decide whether we want to give a subject our interest more quickly. Our concentration span has reduced to 8 seconds.

The idea of ADHD was first discovered by Sir George Still back in 1902 and there were no real ideas on how prevelent ADHD was until some studies in the 1970’s which pegged 6% of children as being affected by it.

But now the number of people suffering from ADHD is expected to be as high as 18% and the drugs being used are far more powerful and time released. And there is a black market where people are using the ADHD pills as study aids and work enhancers. 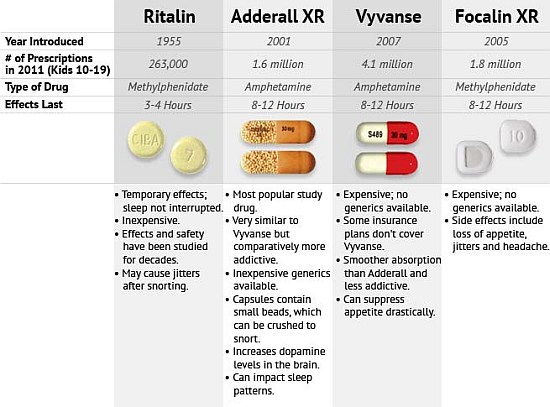 My first real interest in these ADD drugs came about 2 years ago when I was at the doctor with my wife and kids and we were joking about how I can move from one subject to another way too fast. I get distracted easily.

When the doctor said I may have ADD I told him straight out that I was not even sure if it existed. But he gave me a prescription for Concerta and told me to try it, if it worked well for me great, if not I could drop off it anyday, there are no addiction or mental reliance effects.

So I tried the Concerta. In the first place I did find my concentration was better and I was a lot less distracted. I still take it although only on weekdays usually and then sometimes I will go a week or so without just to double check myself.

What I have found over time is that when I am not taking my Concerta that I am a lot more creative and a lot less focussed. I can come up with great ideas but suck at executing them.

Now for my real pitch here. I kept my ADD pills a secret for a long time but now I find that a lot of people online and in the Entrepreneurial space particularly brag online about their ADD. Usually that brovado about “I have such bad ADD I just keep getting ideas, and I am a rockstar hahaha”. 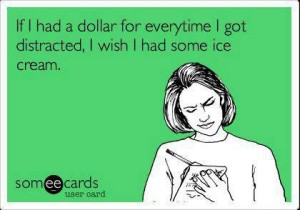 I am sure lots of people suffer from ADD because of a neurological or mental condition. But mostly, and I put myself in this camp as well, that having mental weakness for concentration is just in fact laziness. We can train and learn but we can also be distracted and weak

Have you ever started surfing Facebook and an hour later you wonder how you ended up watching a video about Bronies (adult My Little Pony fans)? Or site down to research some health issue online only to end up finding out why people in the middle ages contractied the Plague?

Well we all have trouble with concentration. We have all the knowledge of the history of the world and every specialty in science at our fingertips on the internet. But really, the internet has been around for almost 20 years now so that is a poor excuse.

What I think we really need is a way to hold ourselves accountable for our time and our brain cycles. Make sure we stay on task, practice completing things instead of just starting things.

I Can Admit My Mental Weakness

You can see, I am sure my reasoning here on mental weakness. The more I think about the whole ADD epidemic the more I see people building a new excuse using their own weaknesses for not practicing clarity of thought and action.

I know that there are a lot of kids an adults out there that have bigger issues than this. There are people that do in fact need these medications to just get through the day. I do worry though that a larger percentage of the population are just excited to pop a pill to make a change, and Big Pharma is more than happy to make and sell you that pill.

4 Mental Tricks To Stay Motivated Toward Your Fitness Goals

Food additives and ADD in kids