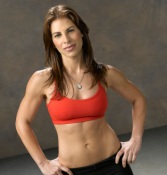 **Just an update to this post. This was written back when Jillian Michaels left for a season or two. As we all know, Jillian has been back for a while now and is still coaching on the Biggest Loser

Jillian has always had a soft side as well. She confessed once last season that when she was young she was over and had to really push herself to lose the and to get herself into the fantastic shape that really struck all of the fans of the Biggest Loser. Don’t be too worried about Jillian’s future however as she has a great business on and off line as a trainer and an author. Her book last year called Winning by Losing is still on the charts at Amazon.

Jillian is going to be replaced by Kim Lyons, a fitness competitor who lives in California.