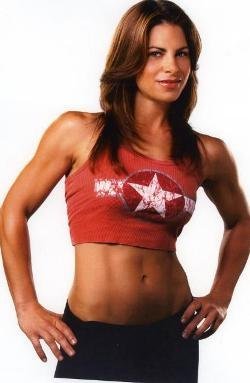 We have all watched Jillian Michaels for years on the Biggest Loser and now it seems we will be seeing her on TV even more. Jillian has a new show that will be on in the fall called Losing It with Jillian Michaels. The show is expected to start sometime next Spring and will not just be a diet and exercise show like you would expect, instead Jillian will be moving in with families and providing Super Nanny style coaching.

NBC has ordered eight episodes of ‘Losing It With Jillian’.   In the series, which will make its debut next year, Ms. Michaels will help families ‘make life-altering changes,’ NBC said. She will be joined by the celebrity chef Curtis Stone, who will cut unhealthy foods from the family diet. Reveille, the production company responsible for ‘Biggest Loser,’ will also produce ‘Losing It.’The focus won’t be just on loss and fitness, although that will be a key part of it. Jillian will also examine family dynamics, finances, career goals and how the parents relationships are with children at home.

Jillian Michaels in Losing It

“It’s not about fat to thin,” Jillian Michaels later added. “It’s about being stuck and getting unstuck.”

One of the things that Jillian has talked about a little in the past is how she grew up fat so not only will she have a lot of knowledge to offer but also she will be able to have a lot of life experience not only of her own but of the people that she has worked with over the years.

Did you enjoy Losing It with Jillian Michaels

Are you looking forward to seeing this show? I am not sure if the show will kind of grate on us as viewers or if it will be fun to watch. One of the problems that I have always had with the Biggest Loser is the way that they have Jillian Michaels come across as a bitch when quite often there is a soft side that they totally miss because it is Bob Harper’s job on the Biggest Loser to be that character.

6 thoughts on “Losing It with Jillian Michaels”