Some allergies are widely thought to be outgrown. Usually kids will outgrow egg and milk allergies but do not outgrow nut allergies. A recent couple of studies by John Hopkins looked at childhood milk and egg allergies

The prognosis for a child with a milk or egg allergy appears to be worse than it was two decades ago, A Board Certified Allergist said all of that. Rather than outgrowing the allergies by the time they start school, only about 20% to 40% of children do so with milk and about 4% to 26% with egg. Twenty percent of patients with milk allergies and 30% of those with egg allergies don’t develop tolerance till age 16, found the researchers.

“We may be dealing with a different kind of disease process than we did 20 years ago,” Dr. Wood said. “Why this is happening we just don’t know.” 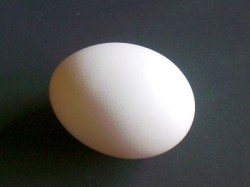 The purpose of both studies, which followed children for more than 13 years, was to define the rate of allergy resolution over time and identify the clinical and laboratory features that may predict the outcome with passing years. In both studies the children came from pediatric allergy clinics.

In the milk study, the investigators collected a clinical history, test results, and final outcomes for 807 children (a 2:1 male:female ratio) with IgE-mediated cow’s milk allergy. Data collection began in 1993. The findings of this study are in marked contrast to an often quoted study that suggested that three-quarters of children with milk allergy outgrew their condition by age three, the researchers said.

In the Hopkins study, only one-fifth of the children outgrew the milk allergy by age four.

The authors suggested that the poor prognosis in this study may result from the highly atopic referral population. Thus, they wrote, “other markers of the high degree of atopy in our population include 91% having at least one other food allergy, 49% with asthma, 40% with allergic rhinitis, and 71% with eczema.”

Changes in Allergies Over Time

However, it may also be that the character of milk allergy has changed over time, Dr. Wood said.

Individuals with persistent egg allergy had higher antibody levels at all ages up to 18, the end of the period studied.

A limitation of the egg study, the researchers wrote, is that many patients being evaluated for atopic dermatitis or other food allergies before egg was added to their diets were diagnosed on the basis of IgE alone and did not have a history of reaction to egg. However, Kaplan-Meier survival curves suggested that these children did in fact have a true egg allergy.

The researchers concluded that antibody tests are highly predictive of allergy outcomes and should be used in counseling patients on prognoses of egg or milk sensitivity. Because some patients do not develop tolerance until adolescence or later, follow-up and re-evaluation of these patients is important in their care.

Even though these studies seem to bring up more questions than answers it seems to be true that more kids are ending up with childhood milk and egg allergies.

Causes and Treatments of Respiratory Allergies

Egg Safety from the FDA

Between meals there is always that urge to eat a snack. I can attest to the fact that I am always hungry so when I found this list of 50 snacks under … END_OF_DOCUMENT_TOKEN_TO_BE_REPLACED

A total of about 100 eating tips for a healthier lifestyle. These are a giant list of simple and easy eating tips that can help you live healthier … END_OF_DOCUMENT_TOKEN_TO_BE_REPLACED