My wife turned me onto this story today about the Lululemon founder apparently coming up with crap about who should or more importantly shouldn’t wear Lululemon Yoga Pants. 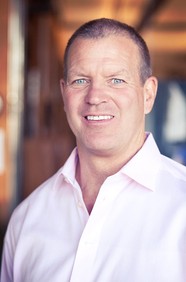 He went on to explain that “it’s about the rubbing through the thighs and how much pressure is there” and how often they’re worn over time. Even seatbelts and purses worn a certain way would affect the fabric, he said. When pressed about whether he meant that some consumers can’t wear Lululemon pants, Chip just said – “I just think it’s how you use them”.

Lululemon had to pull its black yoga pants from shelves in March after customers said the fabric was sometimes a little too see through. Within a few weeks, Chief Product Officer Sheree Waterson stepped down and was replaced by Tara Poseley from Kmart.

The Lululemon Yoga pants, which accounted for 17% of the company’s sales, returned in June after undergoing a series of tests.

This is where I get to rant a bit. I know there is fat shaming going on, and in this case I don’t think it is entirely true. A couple of months ago the owner of Abercrombie and Fitch. Mark Jeffries said that he did not want over ugly people wearing his clothes and I certainly thought he was a jerk for even thinking that. In this case Chip Wilson is coming up with flimsy excuses.

Right from the breaking of this story my wife and I were talking about how women seem to buy Lululemon pants that are a couple sizes too small or are to large to fit the pants. There is nothing wrong with a little “junk in the trunk” but Lululemon pants are not designed for that. If you were sheer pants that are way too tight… well you are going to see through them. This is the very reason why my wife has never bought a pair of Lululemon yoga pants, she knows they wouldn’t fit her properly.

All the blame can’t go to the customers though. I myself have taken a few yoga classes and I know that people that do yoga all come in different sizes and shapes, not everyone is some skinny twenty-something stick figure and the company should really cater to the audience that would want the yoga pant, not just the Yoga crew that we see on TV.

Dieting Tools Everyone Should Own