As I mentioned last week a couple of times I have been fighting with a bit of a cough and some trouble breathing. I had suffered away for a few days until my wife heard about something called Oil of Oregano.

Oregano oil is apparently quite popular as a natural antibiotic and Also as an antiviral. This means that it should help you better fight ˜bugs’ that you get. I had not heard of this essential oil previously and within 10 minutes my wife had me at the health food store and for $33.99 we bought a bottle of oil of oregano.

Why take oil of oregano?

What is oil of oregano good for? Well the initial reason that we bought it was to get rid of a sore throat that my wife and I both had and it seemed to work for that but there are many other reasons to try oil of oregano. Here they are:

Does Oil of Oregano Help?

Well initially we took the oil of oregano for our sore throats and as much as I am not a really big fan of a lot of herbal remedies when I have not researched them I have found that the oil or oregano certainly helped my throat feel a lot better the same day.

Some people are using Oil of Oregano as a way to avoid the flu and I am not so sure if this will work but it does not hurt to watch to see if that is the case.

How do you take Oil of Oregano?

First off I have to tell you that this stuff is really strong smelling. Oil of Oregano comes as a liquid with a dropper and I have been taking about 5 drops once a day over the last week. You can not take oil of oregano by itself. I have been mixing the five drops in a small cup of cranberry juice although you could really use any juice and then afterwards drinking a big glass of water.

One thing that I did notice is that when I licked the spoon that I stirred my oil of oregano and juice mixture with I found that it kind of burns my lips, it is that strong. I did not feel any problems with my stomach though as I was a little concerned that this may happen.

So I would say if you are feeling a little under the weather (not a lot, that is when you go to the doctor) then try this Oil of Oregano and let me know what you find as well.

Krill Oil Supplement for me

3 thoughts on “Oil of Oregano” 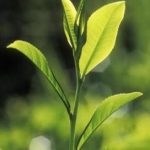 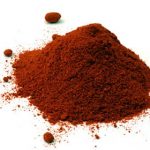