My wife suffered mild postpartum depression just after our first girl was born and so when we started to try again for our second she was as you could imagine very nervous about it. No matter what Tom Cruise and others say anyone that is close to someone suffering from the baby blues know exactly how bad and how overwhelmingly sad this problem is for the woman that is feeling no love for their new born child and does not know why and is so incredibly frustrated by it.

Two widely used antidepressants, nortriptyline and Zoloft (sertraline), are safe and effective for treating postpartum depression, a new study finds. The University of Pittsburgh study is one of the first to compare the effectiveness of two classes of antidepressants — a selective serotonin reuptake inhibitor (Zoloft) and a tricyclic (nortriptyline) — in treating the common, debilitating condition.

“We’ve been treating postpartum depression based on the assumption that drugs that work for a woman with depression under usual circumstances, will work for a women who experiences depression after giving birth, but there have not been studies that provide scientific proof that this was an effective and safe course of treatment,” Dr. Katherine L. Wisner, professor of psychiatry and obstetrics, gynecology and reproductive sciences at the University of Pittsburgh School of Medicine, said in a prepared statement.

The study started with 109 participants, randomly selected to take either nortriptyline or Zoloft. Of those 109 women, 95 provided response data at four weeks, 83 provided data at eight weeks, and 29 completed between 20 and 24 weeks of the study. 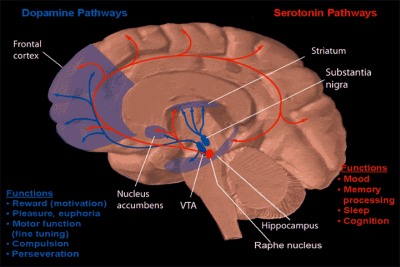 Both drugs produced similar improvements in psychosocial functioning, and neither drug was superior to the other in treating aggressive obsessional thoughts, the study said. The findings were published in the August issue of the Journal of Clinical Psychopharmacology.

The Zoloft used in the study was donated by the drug’s maker, Pfizer, but the drug company did not provide any direct financial support for the study, which was funded by the U.S. National Institutes of Health. Wisner is a member of Pfizer’s speaker’s bureau and has a grant from Pfizer to study one of its other products. Wisner is also a member of the speaker’s bureau for GlaxoSmithKline.