In a new study done in Sweden and released last month there was a definite risk increase found for certain people to get a type of diabetes.

Out of all of the forms of diabetes we know usually of two. These are both caused by pancreas not converting sugar into insulin in one way or another.

Please don’t shoot me for that comment, I know it is not entirely accurate but that is really the way we in society tend to define them. 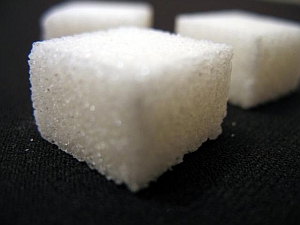 There is another kind of diabetes called Latent Autoimmune Diabetes in Adults, also called LADA.

LADA is a form of slow progressing autoimmune diabetes that occurs in adults, similar to type 1 diabetes, where the pancreas cannot produce enough insulin and some experts consider it a hybrid of type 1 and type 2 diabetes.

The Swedish study found that people that had two or more servings a day of sugary drinks had a much higher incidence of this LADA form of diabetes. This study did not tell the difference between types of sugar so orange juice and a glass of Coke would be the same in this study.

I have seen many studies that seem to show that diabetes is on the rise in the US and around the world and the incidence of Type 2 diabetes is skyrocketing thanks to the obesity epidemic in many of the countries in the western world.

The documentary Fed Up goes into a lot of detail about the link between sugar and disease and about how our bodies just do not know how to digest and get rid of all the sugar that we tend to eat.

The other problem is that there is a large lobby in the food industry that is very vocal in saying that sugar is not a problem at all. They will never accept that sugar is a problem.

Is Increase Of Serotonin The Single Best Way To Increase Happiness?