I have not taken a nap in at least a couple of years now but many people will swear by the value of taking a nap on a daily basis. After looking atthe following I am thinking that taking a nap may be in everyones best interest.

There is a great post that I ran across about naps and thought I would share it with you.

To paraphrase the article here are five great reasons to take a nap: 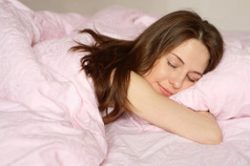 1. Increased Alertness And Productivity
“It seems nature definitely intended that adults should nap in the middle of the day, perhaps to get out of the midday sun,” said William Dement, director of the Sleep Disorders Clinic and Research Center at Stanford University.

2. Less Stress
So find a quiet, comfortable spot and take a nap. Even a short power nap can leave you feeling refreshed, renewed, and more focused. Studies have shown that people who spent 30 minutes each day napping had one third less heart disease than those who didn’t nap.

3. Improved Memory And Learning
Participants improved on the task throughout the first session, says psychologist Sara C. Mednick of Harvard University and her colleagues. The students’ speed and accuracy then leveled off during the second session. The scores of the participants who didn’t nap declined throughout the final two sessions. In contrast, volunteers who took a 30-minute nap after completing the second practice session showed no ensuing performance dips. What’s more, 1-hour nappers responded progressively faster and more accurately in the third and fourth sessions.

5. Better Health
Napping in general benefits heart functioning, hormonal maintenance, and cell repair, says Dr. Sara Mednick who is at the forefront of napping research. A power nap, says Mednick, simply maximizes these benefits by getting the sleeper into and out of rejuvenative sleep as fast as possible.

Why Does Blood Pressure Change Throughout The Day

What Are Lectins And Why Should You Avoid Them?

Why Do I Need To Set Goals? 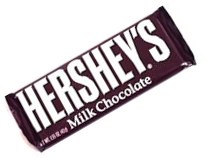