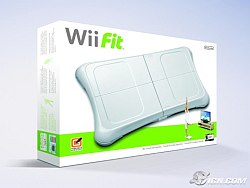 The fun and fitness that is Wii fitness has no comparison, after a year or so I am still having fun with this thing. After running around the living room for half an hour, impersonating a tree, punching the air and whacking invisible tennis balls, any casual observer could be forgiven for thinking you might be a little off-the-wall.

But the Wii has revolutionized gaming. The main difference is that you experience it, you don’t just sit there and play! It is not like the old style of gaming where the only body part that moves was your thumbs. Oh no. The Wii is the perfect solution for those with sloth-like tendencies because it blends socializing with doing exercise that is actually fun! Playing the Wii involves stretching, balancing, an increased heart rate and getting very hot! Cast aside stereotypes of gaming being mainly a male (usually young male) pastime. Using the Wii can involve the whole family with friends thrown into the mix too. Put simply, it’s for everyone.

Currently, the Nintendo Wii games console has reached worldwide sales of 50 million units. The president Satoru Iwata expressed recently that it was “more than they could have possibly hoped for.”

‘Exergaming’ as this type of gaming is known, has actually been around since the 1980s. Remember exercise bikes wired up to gaming programs that allowed you to cycle through various virtual landscapes? The big difference is that Nintendo have added that all-too-essential part to exercise  fun.

And fun it is. The console is wired up to your TV/monitor and you watch a computer-generated version of you. You get to make this virtual you, called a Mii (funnily enough). You create it from a large variety of shapes and sizes of body types and features. The Mii mimics your movements which are detected by a sensor, so whether you’re swinging to whack a tennis ball or punching the air to box your opponent to the ground, your Mii responds accordingly. Gamers can choose a female or male coach who will train them in four different types of exercise: improving balance, aerobic, muscle tone and yoga.

The main Wii Fit kit includes a white plastic board, Wii nunchuk, Wii remote control, and sensor bar to detect your movements, along with various cables. You stand on the board which has in-built sensors to detect your pressure and movement. The board works with the Wii console and assesses your body mass index, posture and your center of gravity.

But does all this virtual style fitness work? In the UK, The British Medical Journal certainly thinks so and has claimed that the Wii could benefit health. Studies by Liverpool John Moores University found that children playing the Wii burned 60 calories per hour extra than playing the more traditional, sedentary computer games. This could lead to an additional 1,830 calories burned each week.

So it does seem that this engaging, social and innovative way of exercising can indeed benefit health. At the very least, exercising the Wii fitness way is fun.

Using your Wii for fitness

4 thoughts on “Wii Fitness: A Revolutionary Way Of Exercising” 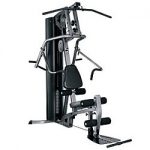