Personality disorders are often misunderstood by anyone without a medical degree. Because they are very complicated and hard to diagnose, misinformation exists about what personality disorders truly are and how they can be differentiated from one another. 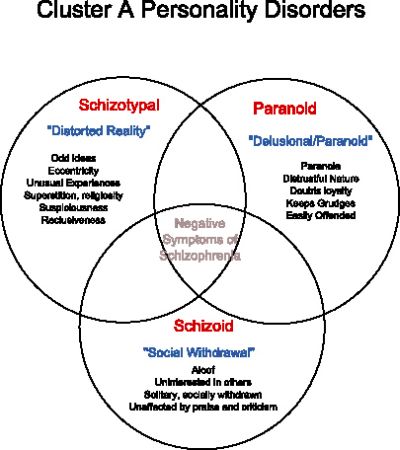 Paranoid personality disorder (PPD) is part of the Cluster A grouping of personality disorders, characterized by general paranoia. This specific disorder focuses heavily on this trait and is usually diagnosed based on the long-standing suspicions and hypersensitivity of patients.

Those with PPD are often searching for and drawing conclusions based on their environment in order to make their delusions and paranoia seem more real and validated. This disorder is characterized by suspicion, emotional constriction, and hostility towards others.

The second Cluster A disorder is schizoid personality disorder (SPD), marked by a disinterest in social relationships. Those with SPD are often very solitary and isolated individuals who have an overwhelming sense of apathy towards everyone and everything around them.

Persons with SPD may have a bigger interest in living in a created fantasy world as a means of escape and emotional connection, though this is usually an internal thought and not something projected onto the real world.

Schizotypal personality disorder (STPD) is the final Cluster A disorder and has a lot in common with SPD but has marked differences. While those with SPD are purposefully isolating, STPD individuals need isolation too but are capable of interacting with others.

This activity is marked by anxiety, odd behavior, and social misinterpretations. Another difference is a noticeable set of eccentricities noticeable in how the speak and dress. STPD individuals often talk to themselves instead of others.

Antisocial personality disorder (ASPD) is where the Cluster B 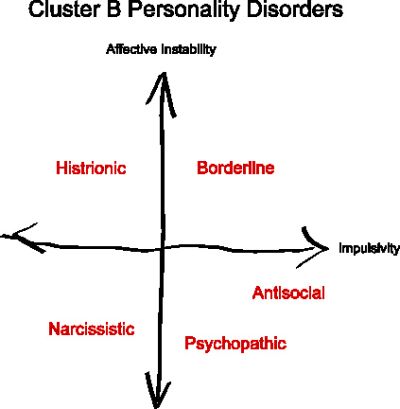 classifications begin, and these disorders are classified because of their emotional and erratic behavior characteristics.

ASPD may seem like an isolating disorder to some who latch onto the “antisocial” portion, but the term is more indicative of refusing to conform to standard social graces. This disorder is marked by having a disregard for the interest and rights of others and can be projected in both a moral and ethical sense.

This disorder has a variety of names but is most commonly referred to as borderline personality disorder (BPD). This disorder is mostly characterized by severe instability in most personality facets, but especially in relationships and self-perception.

It’s common that those with BPD have a deep fear that they will be abandoned and this can heavily reflect in their actions. BPD symptoms also include self-harm and wildly fluctuating opinions and attitudes towards others.

The actions used to get this approval can be very eccentric and flirtations; a common symptom of HPD being sexual and seductive behavior as a means of getting attention. A craving for recognition and stimulation results in load and flamboyant demeanors. HPD individuals are often seen by others as egoists and narcissists.

HPD is characterized by a person receiving the approval of others, but in contrast narcissistic personality disorder (NPD) individuals look for that approval in themselves to the point where it’s destructive.

With symptoms of vanity, preoccupation with their self-image and power, those with NPD take egotistical eccentricity to a more destructive level as their need for prestige will come before their well-being and their relationships with others.

These people often feel crippling inferiority and try often to remove themselves from situations of criticism, whether actual or perceived. AvPD individuals have extremely low self-esteem and will often assume others find them to be unappealing and that they will eventually be rejected by those around them. 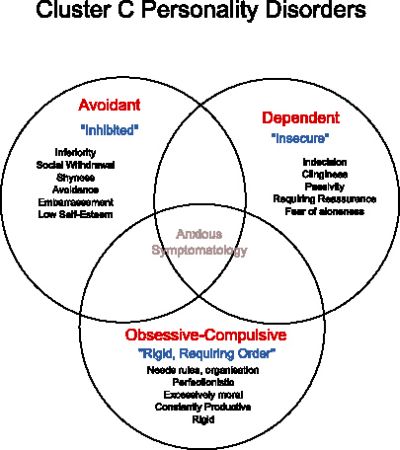 Dependent personality disorder (DPD) individuals feel a compulsive need to depend on the people around them. They feel as if they only way they can be satisfied is by others meeting their every physical and emotional need, severely limiting their ability to achieve independence as an adult.

This disorder is surrounded by controversy and discourse because of gender roles and other cultural factors that may be what separate a dependent personality from someone with the actual disorder.

OCPD follows the same series of symptoms, such as a need for orderliness, perfection, and control of the things around them. Those with this disorder are often completely inflexible when it comes to things changing, moving, or not getting their way. 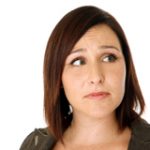 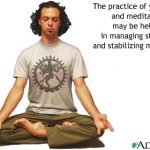